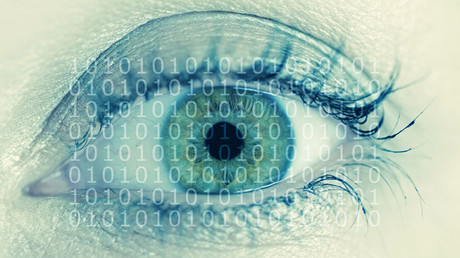 Machine learning has long been a topic of both fear and fascination for the public, but a new study by The Royal Society claims not only is the technology here to stay, but that it will become an even more central part of the UK’s digital economy.

Researchers at the think tank interviewed more than 200 experts across a diverse number of fields and industries, as well as members of the public, to determine both the perception and understanding of machine learning in the British population.

“It is used to tag people in our photos, by our phones to interpret voice commands, by internet retailers to make recommendations, and by banks to spot unusual activity on a credit or debit card,” Peter Donnelly, chair of the Royal Society’s working group on machine learning, said in a statement  about the research on the group’s website.

The Royal Society is the oldest scientific academy in continuous existence in the world and serves as a think tank for science, technology and policy issues in the UK.

“…[T]hese current applications only scratch the surface of understanding just how powerful a technology this could be,” Donnelly added.

In terms of perception, researchers found that machine learning was accepted in certain fields more than others. For example, machine learning in core services such as health, education and policing was considered favorably by members of the public more so than the algorithms used in trading on the stock market.

While machine learning algorithms are incredibly powerful tools, the ethical implications of a purely data-driven world have given rise to concern on a societal, as well as governmental, level.

Among the main fears listed about the expansion of machine learning in human society were the potential for depersonalization and social isolation that it might create by eliminating real world human interactions as well as the possibility of machine learning dramatically impacting employment opportunities over the long term.

Participants also expressed concern over the application of machine learning in autonomous vehicles and areas where it might impact individual freedoms and consumer choice.

In addition, the Royal Society experts pointed out in their research that machine learning algorithms are fundamentally restricted by their inputs and, as such, lack what humans would consider basic common sense or the ability to absorb ideas and apply what they’ve learned in one particular domain to another, like humans do.

“There is much work to be done so that we take advantage of the potential of machine learning and ensure that the benefits are shared, especially as this could be a key area of opportunity for the UK in the coming years,” Donnelly said.

The research also notes that, at present, there are major issues with scalability of the technology to handle ever-increasing data sets and, concurrently, the underlying hardware that powers such massive computational power.

As part of the group’s findings, they claim that 23 percent of the British population lacks basic digital skills in an era in human history where 90 percent of the world’s data has been created in just the last five years.

“Now is the time to think seriously about how we want [machine learning] to grow, the steps we should take to maximize the potential impact of machine learning and, as a society, the ways we want it to develop,” Donnelly explained.

The researchers point to an ever-widening skill deficit in the UK as a major source of concern for the future. They call for more government funding into machine learning Masters courses and increased training at PhD level to vastly improve both the current and future skillsets of the population in what is already proving to be an inescapable and vital part of the global digital economy.

One major issue is the knowledge monopoly that is already taking shape wherein tech giants such as Amazon, Apple, Facebook, IBM, Google and Microsoft soak up all of the best-educated graduates in the field of artificial intelligence and machine learning, which creates a dearth of knowledge in the wider economy and the public sector.

Earlier this month, the British government announced it would invest £93 million ($119 million) in AI over the next four years as part of its £1 billion Industrial Strategy Challenge Fund.