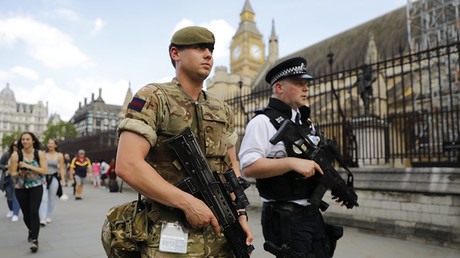 MI5 has launched a probe into its own failure to flag the threat posed by the Manchester suicide bomber, Home Secretary Amber Rudd said.

In an interview with Sky News, Rudd said the self-probe by the intelligence agency is “the right first step” in learning the lessons from last week’s concert bombing.

“There is a lot of information coming out at the moment about what happened, how this occurred, what people might or might not have known. And I think it is right that the MI5 takes a look to find out what the facts are,” she said.

The secretary added that in the future “we can look if anything else might need to be done” in terms of investigating the security breach, but stressed that at the moment, the focus should be on wrapping up the operation triggered by the May 22 terrorist attack.

Earlier the BBC reported that the MI5 had been alerted about Abedi’s extremist views at least three times before he brought a home-made bomb to the exit of Manchester Arena last week.

Two have been released without charge, while 14 men remain in custody for questioning, the police said.

On Sunday, the UK scaled down the terrorist threat in the country from “critical” to “severe.”
The suicide bombing killed 22 people as young as eight and left 59 injured on May 22. The attack, for which Islamic State (IS formerly ISIS/ISIL) terrorist group has taken credit, is the deadliest in the UK since the coordinated bombings in London in 2005.