The shady II – a project of the Institute for Statecraft (IfS) – bills itself as a non-partisan, disinformation-busting charity. Yet, according to leaked documents by a group calling itself Anonymous, it ran a smear campaign at home and also meddled in the internal affairs of EU countries. 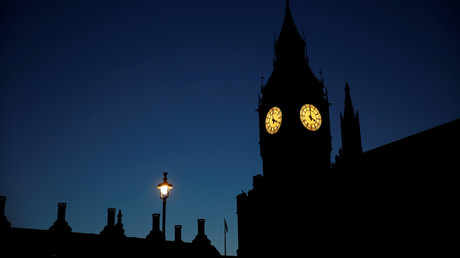 The latest – third – batch of leaks says that IfS also sprung into action after the poisoning of ex-double agent Sergei Skripal and his daughter earlier this year. London blamed the attack on Moscow, while Kremlin said the accusations lacked evidence and were part of smear campaign against Russia.

In the aftermath of the case, IfS suggested a “live monitoring” project to determine which “key influencers” and journalists were “friendly” toward the UK and which were not, in order to be able to provide an “early warning” of any “threat to HMG” (Her Majesty’s Government).

A proposal document for the Skripal project said that the social media monitoring service known as ‘SENTINEL’ and an investigative platform called ‘SEEKER’ would be used to identify accounts that were deemed “part of a Russian government media strategy.”

The latest leak also includes a number of short country reports on the Skripal monitoring project from across Europe including from Bosnia Herzegovina, Montenegro and the Baltic states. A more lengthy report was produced for Italy, where the Integrity Initiative claimed that “the risk of Russian influence” remains “high.”

The Integrity Initiative is just a small gear in a semi-covert military-intel & corporate backed op spanning Western govs, NGO’s & media. This propaganda machine was built to hype a new Cold War, ramp up military spending & undermine any politician or critic who gets in the way.

The reason was that that doubts had been raised about the UK government’s narrative on the Skripal story, even in “high quality” Italian newspapers. This was blamed on the fact that not enough Italians consider Russia a threat and therefore, people there reacted to the news with “emotions” rather than rational analysis, it is claimed. According to the docs, the way to remedy this, was to direct “an effective, discrete and articulated information campaign” toward Italian influencers in politics and media.

A document on “ramping up” IfS’s work suggests that posting “striking images” of Skripal in hospital might “help the public relate” more to the story. Notably, while the IfS denigrated the “emotional” reaction from Italians that did not go in their favor, they were not so reserved with the British public.

The same document argues that the IfS could potentially be“anonymous funders” of Patreon projects where users are creating high-quality anti-Russian content — and could even “commission” such content itself. IfS should “use public figures in our networks to approach celebrities” and other “social influencers” to spread the message, it says, giving former footballer Gary Lineker as an example.

The IfS could also help expand “recent efforts to develop media literacy in rural USA” by using the Skripal affair as a “vivid and timely case-study,” the document says, without elaborating on its US efforts. Another stated goal would be to “find ways” to remove content from RT and Ruptly news agency from anywhere it was found within mainstream media.

Also on rt.com
Russophobic tide is rising as Britain is a basket case – George Galloway


Earlier leaks claim that the group has already led a successful social media campaign to prevent the appointment of Colonel Pedro Banos as director of Spain’s Department of Homeland Security due to his so-called “pro-Russian” views. The government-funded group also launched a domestic smear  campaign against Labour leader Jeremy Corbyn in an effort to brand him as a tool of the Kremlin.