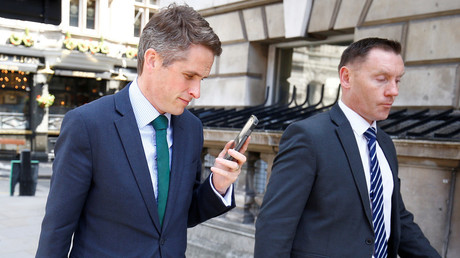 Defence Secretary Gavin Williamson received a very unusual kind of heckling during his speech at the House of Commons on Monday.

Williamson was in the midst of a statement on the UK’s progress in its fight against Islamic State (IS, formerly ISIS) and Syria when he was rudely interrupted by none other than his phone.

“I’ve found something on the web for Syria, Syrian democratic forces supported by premonition,” a voice announced before Williamson took his phone from his breast pocket.

“What a very rum business that is,” Commons Speaker John Bercow said.

“I do apologize for that,” Williamson said. “It’s very rare that you’re heckled by your own mobile phone.”

Did you ask Siri “where is Syria”?

While the interruption was largely seen as an amusing moment, some questioned the security risk in having voice recognition software switched on during parliamentary discussions.

Williamson later tweeted about the incident, saying it was “one of the pitfalls of having a new iPhone.”