The campus that gave birth the Free Speech Movement in the 1960s, UC Berkeley, has installed a $9,000 escape hatch to “provide egress” for the chancellor in case students storm the offices during a protest.

The $9,000 door was built in its main administrative office last month, in preparation of unforeseen protests that may get too rowdy, as reported first by the campus newspaper, the Daily Californian.

Campus spokesperson Claire Holmes said in an email that the exit was installed as a security measure to “provide egress to leave the building.”

The escape hatch was requested a year ago in response to an April 2015 protest, where students stormed Chancellor Nicholas Dirks’ office and staged a sit-in outside. There they banged on desks and chanted loudly, before eventually being escorted out of the building, some in handcuffs, by University California Police Department officers.

The exit door was paid by a president fund that pools money to provide funding for risk prevention. 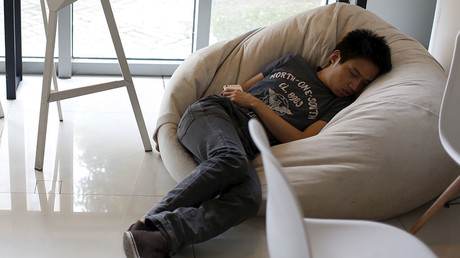 Student union senator-elect Chris Yamas told the campus newspaper there have been many protests on campus through the tenure of several different chancellors, but no instances when a chancellor was physically harmed.

“There has to be other ways to handle student concerns and protest than simply building ways to avoid them,” Yamas told the newspaper. “The chancellor seems elitist and out of touch, and inaccessible to the students.”

The escape door comes after the campus spent $700,000 to build a fence around University House, where the administration offices are located. The fence was built supposedly in response to increases in vandalism and trespassing.

The door was also roundly criticized in an August staff editorial published by the school paper.

“The money used to construct the exit, while not substantial relative to other UC construction projects, came from a pool of funding to be allocated toward risk services, including protections for campus employees,” the editorial read. “It’s concerning that, at a time when campus safety is a national issue and UC Berkeley affiliates are frequently the victims of crimes on and near campus, campus is focusing risk prevention efforts at the uppermost level.”

University officials, however, told the Guardian, that the door was requested by the staff and Dirks.

University spokesman Dan Mogulof told the Guardian that the term “escape hatch” was a “concoction of a 19-year-old headline writer.”

Mogulof confirmed that the extra door was installed for “security concerns.”

“I can’t say more categorically that he had nothing to do with this decision,” Mogulof said of Chancellor Dirks. “He neither approved nor disapproved. He’s got more important things to do than approve or disapprove the installation of a door.”