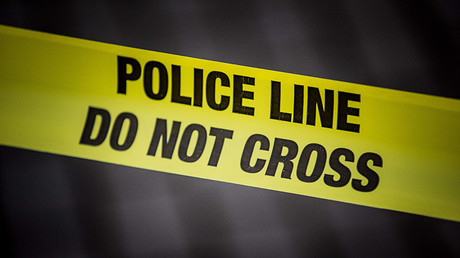 Shots have been fired at a Central Michigan University residence hall in Mt. Pleasant. Police say two people were killed and the gunman remains at large.

The suspect is a black male and considered armed and dangerous, according to the City of Mt. Pleasant Twitter account.

UPDATE: The suspect is a black male and considered armed and dangerous. More information will be shared as it becomes available.

Police have advised staff and students “to take shelter,” according to the university’s Twitter.

There has been a report of shots fired at Campbell Hall on campus. Suspect is still at large, police advise all to take shelter. If you see something suspicious, call 911.

Gun shots have been fired at Campbell Hall dormitory in Central Michigan University, according to media reports.

Reports of Shots fired at Campbell hall, subject is a male last seen with mustard colored jeans and a blue hoodie, pistol potentially in waistband. He is not in custody and on foot north of Campbell hall. Do not move from where you are #cmich#cmu

The incident comes two weeks after the mass shooting at Stoneman Douglas High School in Florida in which 17 people were killed.

UPDATE 10:23 a.m.: The suspect is a 19-year-old black male who is approx. 5 foot 9 inches tall. He is wearing mustard yellow jeans and a blue hoodie. He may have taken off the blue hoodie. He is considered armed & dangerous. If you see the suspect, do not approach him. Call 911.