A Detroit teenager is dead and a Houston man is gravely injured after they were shot in disturbing incidents of gun violence while filming live video on Instagram and Facebook.

Dylan Hemphill, 18, was fatally shot in a live Instagram video on Monday night, according to the Detroit Free Press. His friend accidentally pulled the trigger of a handgun while the two were recording a video in Dylan’s living room.

“It seems so surreal right now. I’m shocked, very shocked,” Hemphill’s mother Shantel told the local news outlet WXYZ-TV. “They’re close friends. They’re like brothers. I mean, I treated DeRon like he was a son of mine.” 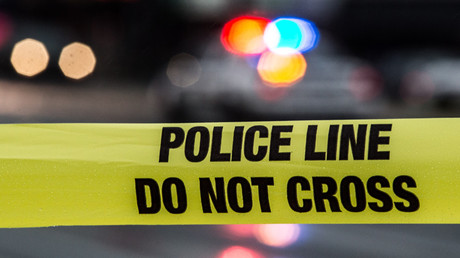 The teenager, whose full name has not been released, remains in police custody awaiting charges.

On Sunday, another accidental shooting was captured on Facebook Live in in Houston, Texas. Devyn Holmes, 26, was shot in the head while sitting in a car with friends and playing with two handguns.

In a bitter twist of irony, the video shows Holmes telling a female friend “You’re making me nervous,” just seconds before he was shot according to KTRK-TV, Houston. He remains in the hospital but is brain dead and on life support, according to reports. A 25-year-old woman accused of pulling the trigger is held in police custody.

This is not the first time fatal shootings were broadcast live on social media platforms. In February, Douglas Cleveland Colson was charged with first-degree murder for gunning down a man in North Carolina, who captured his own murder on Facebook Live.

In April 2017, Steve Stephens murdered an elderly man in a pre-recorded Facebook video in Cleveland, Ohio. The unprovoked shooting launched a nationwide manhunt culminating in a dramatic chase in which Stephens shot himself and died.