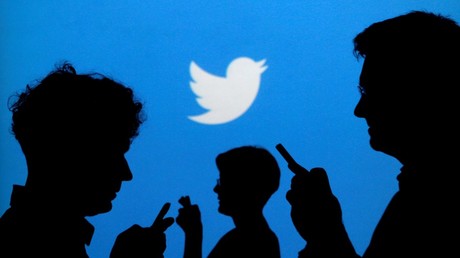 Twitter has found minimal “involvement” of Russian advertising during the EU referendum period – just six tweets, all sent by RT. Half of those were actually sent after the ballots were cast and all of them were promos.

In a submission on “Russian misinformation operations during the EU referendum” sent to the UK government on Wednesday, Twitter said RT spent just over $1,000 (£750) promoting paid advertisements on its platform during the referendum period.

The Tories were clearly looking forward to some kind of big reveal, because when nothing of note was found, they slammed the social media giant’s submission as “completely inadequate.”

Not to fear, dear Tories. In the spirit of transparency, we’ve compiled all the tweets Twitter was talking about – so you don’t have to.

It’s worth noting the UK section of RT didn’t pay for a single Brexit ad during or after the campaign, and all of the six tweets were just promotions for RT coverage. Just three of the six tweets was put out before the EU referendum.

The first tweet, sent out on June 22, said: “#Brexit: EU in or EU out? Together or apart? Follow RT’s special coverage June 23.”

On the 23rd, the day of the referendum, we put out two promotional tweets.

The other three came after the referendum vote was held, on June 24 and 25.

RT’s editor-in-chief Margarita Simonyan said: “We hope that all those in the UK media and political establishments who have spent the last year and a half trying to prove that Britain voted for Brexit because of RT are seeing their efforts vindicated with the Big Reveal.”

“The information you have now shared with us is completely inadequate,” he said. “In the letter I sent to you on 3 November I requested ‘that Twitter provides to the committee a list of accounts linked to the Internet Research Agency (IRA) and any other Russian linked accounts that it has removed and examples of any posts from these accounts that are linked to the United Kingdom.’”

Has it occurred to Collins that the reason Twitter may not have provided any posts from the Internet Research Agency is because it didn’t find any?

On Wednesday, Facebook revealed that ads linked to the Internet Research Agency, which was accused of helping to swing Britain’s Brexit referendum, cost a whopping 97 cents.