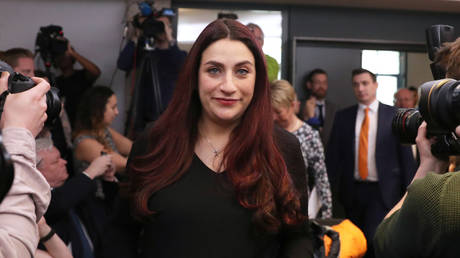 Twitter has been rocked by the sudden departure of seven Labour MPs to form their own Independent Group, with party supporters feverishly debating whether the move is better for the party, or a wake-up call to Jeremy Corbyn.


In a press conference, Umunna stated that the established parties “cannot be the change because they have become the problem” arguing that it is “time we dumped this country’s old-fashioned politics.”

Jewish MP Luciana Berger said she was “embarrassed and ashamed” at what the Labour Party had become and criticized her former party for becoming “sickeningly institutionally racist.”

“I am leaving behind a culture of bullying, bigotry and intimidation. I look forward to a future serving with colleagues who respect each other,” she added.

Reaction to the news online has been a mixture of shock and dismay, to outright derision. Some Labour supporters were quick to delight in the departures, suggesting the party will be stronger without detractors undermining it from within.

Good riddance to those MP’s that have stepped down. Magnificent 7 my arse. 🙄 #LabourSplit

Good riddance to MPs on the right of the Labour Party. Replace them with true left candidates that are committed to combating austerity, rampant greed, the housing crisis, child poverty and the destruction of our NHS. #LabourSplit

Others though said it was time for Jeremy Corbyn to take the criticism seriously.

The meltdown on Twitter from the Corbynistas is pretty entertaining this morning. So much for the “who cares?” shrug they wanted to pose with before it happened. #LabourSplit

Glad to hear the Independent Group saying what WE have been for years now: politics is broken, political parties don’t ‘own’ votes but must earn them, it is hard but vital to stand up for something new, you must build it from the ground up. And collaboration is key. #LabourSplit

A Jewish MP tearfully leaving the party she’s dedicated her whole life to because your lot were so racist she was forced out – and this is your compassionless, chilling reaction. If you’re the future of the Labour Party, I hope the whole thing crumbles imminently.