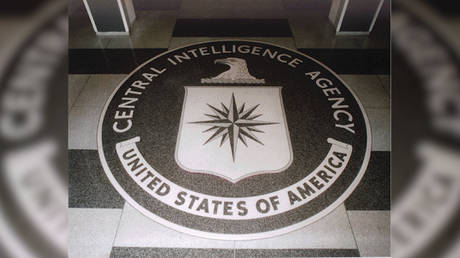 The CIA drew a hail of ridicule and incomprehension when it unexpectedly posted a Twitter thread dedicated to the hit superhero film ‘Black Panther’. Some Twitter users even suspected the spy agency had been hacked.

The Central Intelligence Agency’s Twitter account launched into the bizarre thread during Sunday’s Academy Awards ceremony, quizzing their 2.5 million followers on all things Wakanda – the fictional, high-tech, African country in the Marvel movie.

During tonight’s #Oscars we’ll ask a series of poll questions to get your views on the feasibility of Wakandan technology today & share the expertise of a top CIA scientist, “Rebecca,” on how #Wakanda’s tech matches up w/emerging “real life” tech.#ReelvsRealCIA#BlackPanther

The agency announced that they had enlisted the help of a mysterious “top CIA scientist” named “Rebecca” to discuss Wakanada’s technological advances and the feasibility of translating them to real life.

Why you wanna know? You wanna invade that too? @cia

I think if vibranium was real you guys would have orchestrated an overthrow of the democratically elected government of Wakanda so the US could steal all of it.

READ MORE: ‘Stan Lee did more for me than any politician ever could’: Most personal send-offs to Marvel legend

Over a series of more than a dozen tweets, the account polled its followers on what they think “vibranium” is – the fictional metal that appears in the movie. Before pointing out the obvious – “it isn’t real” – and lamenting that vibranium would make great suits for “spies.”

The #vibranium in Black Panther’s suit protects him from kinetic damage, & vibranium sneakers are both super-quiet & amazing shock absorbers for jumping. Those would be great for spies, right?

The CIA wants you to remember that Black Panther is a work of fiction, something we already knew from the fact that it has a CIA agent as a good guy pic.twitter.com/LrNxbDC2al

The strange discussion then ventured further into spy territory (which, while still weird, is at least more in keeping with the agency’s ‘brand’) with a poll asking which of the Wakandan technologies would be most beneficial to “real-world spies.”

Are they actually looking for ideas? Have we stumbled into a CIA focus group? Are we all being tricked? At this point, who knows. Confused Twitter users questioned many things about the thread – most of all how the agency has nothing more pressing for their “top CIA scientist” to do than post tweets about a movie.

Sceptical Twitter users questioned the agency’s motives for the bizarre series of polls. Some accused them of trying to appear more “relatable” in an effort to spruce up its public image.

The CIA tweeting about Black Panther so they seem relatable. Good thing there isn’t any historical context that makes this weird or anything. https://t.co/Y1LsSGUJ1B

The CIA’s blatant piggybacking off Black Panther’s success reminds me of the work of Jenkins and Shaw in tracing the agency’s longstanding effort to rehabilitate its image through Hollywood partnerships, as in their article “Zero to Hero”: https://t.co/uOyvQm6Is6https://t.co/wbFCZ4IO71

Others thought this was just another way for the agency to control the public, particularly black people, by reminding them that Wakanda is an unattainable dream and African-Americans are a minority in the US.

Damn! Are you going to tweet about Santa Clause next?!! Can we just enjoy the magic of the movies?

in trumps america, the CIA live tweets award shows just to be able to make sure everyone remembers that those powerful Black people in the Black Panther movie completely fictional. Can’t wait to see what they have to say about Star is Born. or Vice. https://t.co/hW2QnWRbeH

as Black Panther wins Academy awards the CIA wants you to know “vibranium isn’t real” bc they even hate to see an imaginary African nation prosper https://t.co/qckAVflE1r