Twitter says it has messaged some 1,4 million people that might have been targeted in the alleged Russian propaganda effort. Even those who had switched off email notifications have now received the warning.

On Wednesday, Twitter updated the number of people it believes may have fallen for the “propaganda” generated by 3,814 accounts linked to the Internet Research Agency (IRA). The social media platform accuses the IRA of being behind attempts to influence the US presidential election. 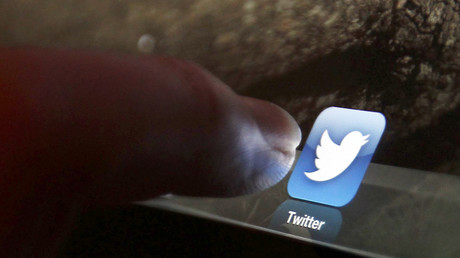 The new figure is more than a two-fold increase from the 677,775 users Twitter said it began notifying on January, 19. It includes those who replied to, mentioned or quoted the now suspended accounts. As part of its “transparency” policy, Twitter said it’s now sending notifications even to those who “opt out of receiving most email updates from Twitter and would not have received our initial notice based on their email settings.”

The social media giant said the number could expand further as it intensifies its hunt for “Russian influence.” It also announced it would soon be asking recipients for feedback in a separate survey. Meanwhile, the generic emails the company had distributed confused some  users. “Twitter just told me that I followed/replied/mentioned/retweeted a Russian bot account. But which one was it?” Cyrus Farivar, a reporter for Ars Techica wrote. “What exactly am I supposed to do with this email?” he added.

Others blasted Twitter for encouraging self-censorship after caving in to pressure by the US Congress.

Twitter’s warning is meant to frighten users away from dissident political views that don’t conform to the DC consensus—and to let users know their public opinions are being monitored & judged for signs of treason. pic.twitter.com/VCabFB1VEg

Some contributors to RT who have received similar warnings called the practice alarming and a possible violation of free speech.

READ MORE: ‘Is it propaganda if you agree with it?’ Twitter warns RT contributors about ‘Russian bots’

In November, Twitter said only 8.4 percent of Tweets posted by IRA-linked accounts were election-related.

US lawmakers have been continuously pressing Twitter to unearth more facts on Russia’s alleged meddling. In October, Twitter banned RT advertising on the platform, citing “election interference” despite the lack of hard evidence to support the claim. Last week, top-ranking Democrats in Congress called on Twitter and Facebook to find out whether Russian bots are behind the hashtag #ReleaseTheMemo, which calls for the publication of a document detailing Foreign Intelligence Surveillance Act (FISA) abuses under former President Barack Obama.