Twitter attorneys told a federal judge that the US government restricted its First Amendment rights by barring the social media giant from publishing a transparency report on surveillance requests of its users. Twitter sued the US over the matter in 2014.

On Tuesday, attorneys for Twitter argued before a US District Court judge that the company’s speech was unconstitutionally restrained when Twitter attempted to reveal an accurate number of various types of surveillance requests, including FBI-issued national security letters, that it had fielded from the US government.

The US Department of Justice (DOJ) requires companies like Twitter to report such requests in broad terms, claiming that the information, which is designated as classified, must remain secret for national security purposes. The US says the actual number of such requests cannot be revealed, but can only be detailed in ranges of 500.

Twitter attorneys said Tuesday that this amounted to prior restraint on its First Amendment speech rights, an action that can only be justified with specific proof that restricting the speech would jeopardize US national security.

The disclosure restrictions enforced by the DOJ have put Twitter in an “Orwellian situation,” Twitter attorney Lee Rubin said Tuesday during the 90-minute hearing in the case of Twitter v. Lynch, according to TechCrunch.

National security letters and FISA (Foreign Intelligence Surveillance Act) orders allow the government to obtain personal phone, internet and financial records without a court order. Most of the letters also come with a “gag order” on the companies that must comply and hand over the information, barring them from revealing the nature and scope of the government’s demands.

“Grouping together content collection rather than breaking out categories, as Twitter would do, is deemed OK. It masks whether or not a particular type of collection has occurred,” Berman said, according to Courthouse News.

“Transparency reports show trends where the government has used well-known monitoring and surveillance tactics,” he said, according to TechCrunch. “It shows, already, all of the trends anyone could possibly want to know of whether one provider is less monitored or more monitored.”

Rubin said the government has not proved that security would be harmed by increased transparency by Twitter.

“This has all the trappings of a prior restraint,” he said, according to Courthouse News. “Twitter is the 21st century public forum.”

The DOJ has said in court filings in the case that federal courts often show “the utmost deference” to executive branch authority when considering national security matters, arguing that the court should follow the trend in the Twitter lawsuit. 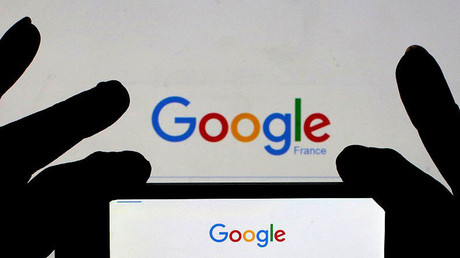 While not indicating how she will rule in the case, Judge Yvonne Gonzalez Rogers addressed that line of argument on Tuesday.

“You can’t just say and you can’t just cover any action with a rubric that it puts national security at stake,” she told Berman, according to Courthouse News. “There has to be an analysis.”

Tuesday’s oral arguments stem from a 2014 lawsuit filed by Twitter in which the company alleged that the government had prohibited its First Amendment rights by refusing to allow the social networking site to offer a transparency report on government surveillance requests of customer information. The DOJ has sought dismissal of the lawsuit, saying that it in addition to national security concerns, it violates a deal between the DOJ and five tech companies, including Twitter, that relaxed restrictions on surveillance request disclosure.

“The additional material that Twitter seeks to publish is information that the Government has judged is properly protected classified national security information, the disclosure of which would risk serious harm to national security,” the DOJ wrote in a court motion following the lawsuit’s filing.

Late last month, after the FBI lifted gag orders, Twitter was able to publicly reveal that it had received two national security letters from the FBI in recent years. The company said it had then notified the account holders affected.