A nightclub in Tunisia was shut down after a British DJ caused outrage by playing a remix of the Islamic call to prayer, officials say.

A video shared from the Orbit Festival of techno music in Tunisia’s northeastern town of Nabeul has sparked both outrage on social media and a criminal investigation. 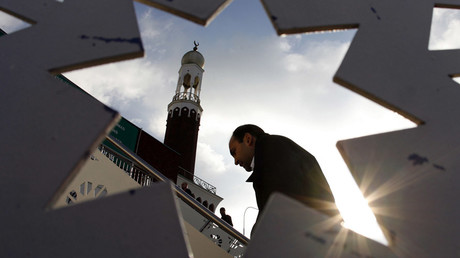 The town’s governor, Mnaouer Ouertani, told AFP that the club will be “closed until further notice” and its manager has been detained “for violations against good morals and public outrage against modesty.”

“After confirming the facts, we decided to close this nightclub until further notice. We will not allow attacks against religious feelings and the sacred,” Ouertani said.

Tunisia’s Religious Affairs Ministry said in a statement that “mocking the opinions and religious principles of Tunisians is absolutely unacceptable.”

The footage shows clubbers dancing to music played by DJ Dax J near the popular seaside resort town of Hammamet on Friday. The music included a dance version of the call to prayer, which Muslims engage in five times a day.

While the festival organizers apologized in a post on the event’s Facebook page, they said they took no responsibility for the offensive tune.

“Dax J is English and played the track recently in Europe and did not realize it might offend an audience from a Muslim country like ours,” the organizers said, adding “it is unfair that 20 sec of music ruined it for an event of 2 days prepared for many months. We do not want to interfere in religious debates.”

The DJ also apologized, saying, “for me the ‘Adhan’ / Call to Prayer is a beautiful vocal. It was never my intention to upset or cause offence to anybody.”

He has since closed down his Facebook page, after reportedly receiving an onslaught of online abuse, including death threats.