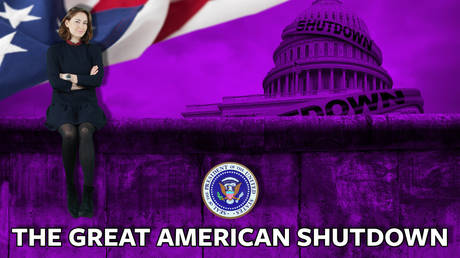 Donald Trump’s presidency has broken another record – he’s now overseen the longest government shutdown in American history, and there’s no end in sight.

Trump’s determination to pass a budget to fund his anti-immigration wall along the Mexican border is matched only by the Democrats’ determination not to let him.

So far the only people being blocked by Trump’s big barrier are the 800,000 federal workers who can’t get into their places of work, and haven’t been paid for two months

These are the victims as the unstoppable force of Donald Trump collides with the immovable object of Democrat House Speaker Nancy Pelosi.

ICYMI takes a look at the Great American Shutdown.