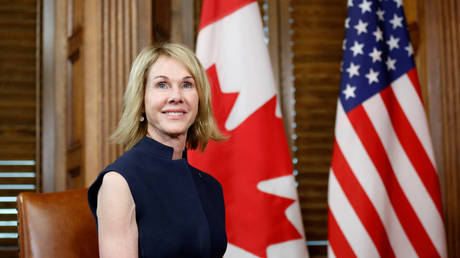 A resurfaced interview with US President Donald Trump’s nominee for next UN ambassador, Kelly Craft, where she said she “believes the science on both sides” of the climate change argument has ignited fiery debate on Twitter.

In a resurfaced 2017 interview with the Canadian Broadcasting Corporation, Craft – whose billionaire husband, Joe Craft, is president of one of the largest coal producers in America– was asked if she believes in climate change.

“I believe there are scientists on both sides that are accurate,” Craft said. When asked to clarify whether or not she believes humans are responsible for climate change, Craft reiterated that: “I think both sides have their own results from their studies, and I appreciate and I respect both sides of the science.”

This got everyone confused as the two sides of the debate are widely known – people who think climate change is a hoax, and those who believe the scientific evidence indicating the alarming impacts are already underway.

Uh. Science doesn’t have sides. It has facts.

The US president has previously come under fire from many in the scientific community for denying climate change, calling it a hoax by China and, more recently, for confusing seasonal weather with “good old fashioned Global Warming”.

Be careful and try staying in your house. Large parts of the Country are suffering from tremendous amounts of snow and near record setting cold. Amazing how big this system is. Wouldn’t be bad to have a little of that good old fashioned Global Warming right now!

Trump named the serving US Ambassador to Canada to represent the US at the UN on Saturday, after the previous front-runner for the nomination –former Fox News presenter and State Department spokeswoman Heather Nauert– withdrew her name from consideration last weekend.