Americans would revolt if President Donald Trump is eventually impeached under some phony ‘political’ reason by the newly-elected and potentially hostile presidential Congress, Rudy Giuliani has claimed.

“You could only impeach [Trump] for political reasons and the American people would revolt against that,” Giuliani told Sky News while on a trip to Scotland.

Trump impeachment: Is it possible – and how would it play out?

Democratic forces hoping to nail Trump for alleged Russia collusion are now pinning their hopes on Michael Cohen, who was convicted on eight counts tax fraud. A former lawyer for the billionaire, Cohen also stood accused of campaign-finance violations at Trump’s direction and paying hush money to two adult female entertainers to buy their silence. Giuliani was quick to brush those theories aside. 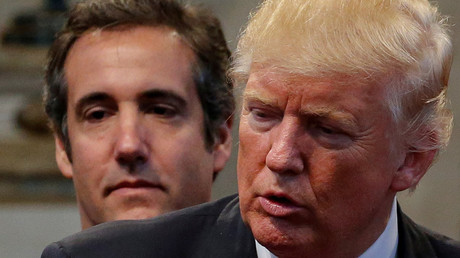 Giuliani also dismissed claims that the president gave orders for any hush payment dealings, referring to the evidence tape where Cohen allegedly discusses payment to the Playboy model Karen McDougal. “The tape recordings say very clearly that Cohen did it on his own, didn’t tell the president until much later,” the 74-year-old presidential legal representative said.

Earlier Trump himself warned that the stock market will crash if the lawmakers decide to remove him from office. “If I ever got impeached, I think the market would crash. I think everybody would be very poor,” the president said in an interview with Fox News.