The White House has unveiled a set of immigration policies aimed at toughening up the existing laws and closing legal loopholes. The list envisions transforming the Green Card system, beefing up border security and facilitating deportations. 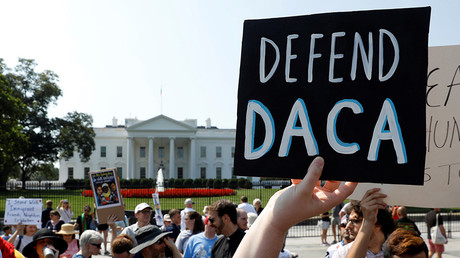 The measures on the list released by the White House late Sunday are necessary to compensate for damages that would be inflicted by the Deferred Action for Childhood Arrivals (DACA) program, if it is to stay intact, according to White House legislative affairs director Marc Short.

“These priorities are essential to mitigate the legal and economic consequences of any grants or status to DACA recipients,” Short said.

The plan calls for funds for the construction of President Trump’s Mexico border wall, and would allow the deportation of unaccompanied children arriving illegally in the US, impose more rigorous checks on asylum applicants, make it harder for gang members to sneak into the US and ensure swift removal of all immigration offenders, with a particular focus on visa overstayers. The latter are considered the main source of undocumented immigrants in the US, according to the report by Center for Migration Studies.

The legislation, if passed, would also see a crackdown on sanctuary cities, which would be banned from receiving any grants provided the US Departments of Justice and Homeland Security.

The number of Immigration and Customs Enforcement (ICE) officers will rise by 10,000, in addition to the current 20,000, and an extra 300 federal prosecutors will be hired to tackle the immigration challenge, according to the document, which calls the existing number of staffers “grossly inadequate.”

The plan did not sit well with the Democrats, who slammed it for being extremely severe on immigrants and not allowing any room for compromise. 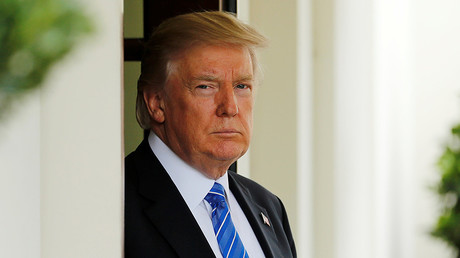 “The administration can’t be serious about compromise or helping the Dreamers if they begin with a list that is anathema to the Dreamers, to the immigrant community and to the vast majority of Americans,” House Democratic leader Nancy Pelosi and Senate Democratic leader Chuck Schumer said in a joint statement, calling the demands “far beyond what is reasonable.”

The term Dreamers refers to undocumented migrants who were brought to the US as children.

Trump has recently announced his intent to repeal DACA, which protects “Dreamers,” by March 2018, while giving Democrat lawmakers six months to pass a law that would regulate the status of the recipients, some 800,000 people who were granted protection from deportation by President Barack Obama’s executive action in 2012.

Trump’s decision was met with protests, with several Democratic-led states threatening to sue the president.