Trump Federal Reserve Board of Governors nominee Marvin Goodfriend reportedly said in 2016 that cash should be phased out of circulation so the Fed can charge negative interest rates and force consumers to pay fees to keep money in savings accounts.

By Barry Donegan
Truth In Media

Trump Federal Reserve Board of Governors nominee Marvin Goodfriend reportedly advocated on two different occasions the elimination of cash from circulation in an effort to prevent individuals from hoarding cash in the event that the Federal Reserve were to push a negative interest rate policy during a financial crisis.

The Mises Institute notes that Goodfriend first floated the idea in a 1999 paper called “The Case for Unencumbering Interest Rate Policy at the Zero Bound” and again promoted the concept at a 2016 Federal Reserve conference in Jackson Hole, Wyo.

Goodfriend reportedly said that the Fed needs the option to push interest rates negative, which would cause consumers to pay fees in order to keep their money in savings accounts, and that cash should be eliminated to prevent banking consumers from pulling their money out of banks to avoid paying those fees.

Bloomberg notes that Goodfriend suggested a few theories for how to phase out cash. He floated eliminating large bills to make cash less convenient. He suggested that the Fed charge banks and/or consumers fees for issuing 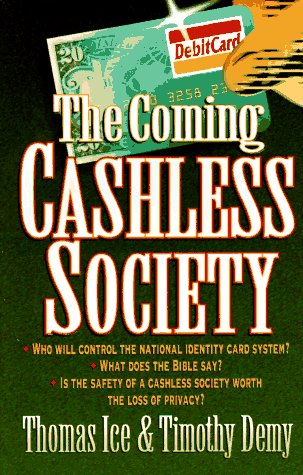 paper currency. He advocated that the issuance of cash be taxed such that consumers only receive 90 cents when withdrawing a dollar. He also called for abolishing cash outright. The Wall…