The head of the Environmental Protection Agency, Scott Pruitt, who is under scrutiny for his lavish spending habits at taxpayers’ expense, must answer to ethics concerns, the White House has said.

“The president is pleased with the job that he’s doing as the administrator. However, the issues that have been raised that I think you guys are all familiar with – they have raised some concerns,” White House spokesman Raj Shah admitted on Thursday.

Shah added that he hopes Pruitt, who is facing 11 investigations, including for his extravagant and, at times, bizarre spending as the head of the EPA, “will be able to answer those.”

Pruitt, who served as Oklahoma’s attorney general before he was appointed to lead the EPA in February last year, has been under fire for splashing budget money on first-class travel, costly accommodation abroad, bulletproof vests and weapons for his 24-hour security detail, biometric locks and other excesses, including a $43,000 soundproof phone booth – all in the name of security. 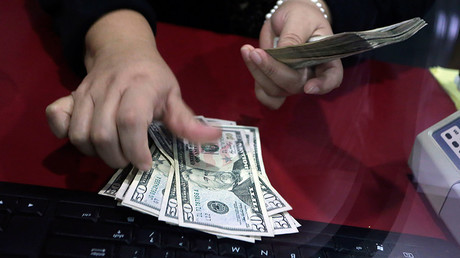 Pruitt’s former Deputy Chief of Staff for Operations, Kevin Chmielewski, told lawmakers last month that it took great effort from him and other staffers to talk his former boss out of renting a private jet. According to Chmielewski, Pruitt also hired a private Italian security firm, signing a $30,000 contract, and instructed his drivers to break speed limits and blare sirens on the way to any scheduled events.

Chmielewski alleged that Pruitt’s travel schedule, which has been shrouded in secrecy despite the public nature of his job, was arranged so Pruitt would be able to enjoy new places, visit his home state more often or earn frequent flyer miles.

Pruitt is known for his reluctance to acknowledge the adverse effects of climate change and even suggested that it might be good for the planet. “We know humans have most flourished during times of warming trends. There are assumptions made that because the climate is warming that necessarily is a bad thing,” he said in February, adding that it was “arrogant” of humans to think of an ideal surface temperature.

The EPA previously defended Pruitt’s spending habits, including his air travel expenses, which were highlighted by the ethics officials. Pruitt himself justified spending thousands of dollars, including some $90,000 for first-class travel for him and his aides in early June 2017, citing the unprecedented number of threats he receives on daily basis. 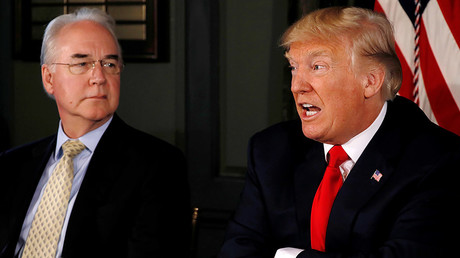 “We’ve reached the point where there’s not much civility in the marketplace and it’s created, you know, it’s created some issues and the (security) detail, the level of protection is determined by the level of threat,” he told the Union Leader in February, adding that the decision was not made by him, but his security and the chief of staff.

A trove of some 10,000 documents by EPA officials, which were released as part of a recent Freedom of Information request by the Sierra Club, revealed that EPA goes to great lengths to conceal Pruitt’s daily schedule and curtail communications with the press, banning the media from events, dividing potential attendees into “friendly” and “unfriendly” groups and shielding Pruitt from questions except those that have been scripted.

Last year, the White House issued new ethics guidelines for Cabinet members, asking officials to use government funds appropriately, in line with their role as “public servants.” The document was issued in wake of the scandal with former Health and Human Services Secretary Tom Price, who resigned after it emerged that he had spent some $1 million of taxpayers’ money on charter jets.