In the same week as having his genitals compared to a video game character, US President Donald Trump has been likened to Pennywise, the scary clown monster from Stephen King’s novel “IT”.

The remarks came from California lieutenant governor and Democratic gubernatorial candidate Gavin Newsom after Trump attacked him from the stage during a rally in Las Vegas, Nevada on Thursday night. 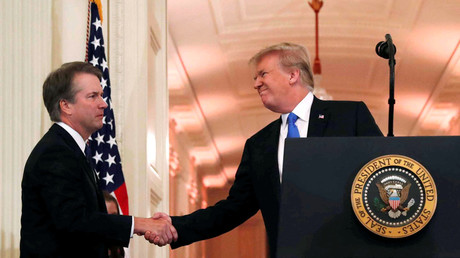 In his well-trodden path of blasting the Democrats and lax immigration laws from the podium Trump claimed: “Democrats want to give welfare and free healthcare to illegal aliens.”

“How about this clown in California who’s running for governor?,” Trump continued in reference to Newsom. “He wants open borders, and then he wants to give them health care, education, everything.”

Newsom was quick to respond to the clown reference on social media, tweeting a clip of Trump’s remarks along with the opening: “lol, hi @realDonaldTrump,” followed by an emoji of a clown’s face.

“Interesting description coming from the guy who is literally locking up kids like Pennywise,” he added, alluding to the Trump administration’s zero-tolerance border policy which saw thousands of migrant children separated from their families.

In Stephen King’s ‘IT,’ Pennywise surfaces every 27 years to terrorise the children of the town of Derry, Maine. On screen, Pennywise’s haunting persona has been performed by legendary British actor Tim Curry and more recently by Swedish actor Bill Skarsgard.

In response to Newsom’s rebuttal, social media has been awash with Trump-clown memes