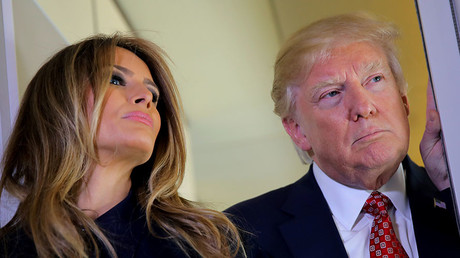 Rather than appeal to the US Supreme Court, the Trump administration is expected to draw up another executive order restricting immigration in the name of national security as early as next week.

During a surprise session with reporters aboard Air Force One, Trump said a “brand new order” could be signed by Monday or Tuesday, Reuters reported Friday.

“We are actively considering changes or other executive orders that will keep our country safe from terrorism,” a White House official reportedly said. The official also left open the option of appealing to a federal district court, without involving the Supreme Court.

According to NBC News, the administration has been working on a new executive order since several days before the Thursday decision by the 9th US Circuit Court of Appeals, upholding a federal district judge’s restraining order on the travel ban.

Trump’s executive order banning US entry for refugees and others from seven predominantly Muslim countries for 90 days has been protested nationwide for weeks. It has also enjoyed support in some polls, though often only by a plurality.