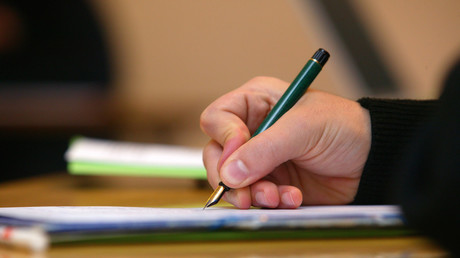 President Donald Trump has said that a North Korean delegation currently in New York will give him a letter from leader Kim Jong-un. He added that he hopes to meet Kim on June 12, but that more talks must take place first.

Speaking to reporters on Thursday, Trump said that the North Korean delegates would be coming to Washington on Friday, bringing with them a personal letter from Kim to Trump. The president tweeted afterwards that meetings with the delegates had been going well so far.

A North Korean delegation is currently in the US as both countries scramble to restart plans for a historic summit between Trump and Kim. The summit had originally been planned for June 12 in Singapore, but was abruptly cancelled by Trump last week, in response to “tremendous anger and open hostility” from the Kim regime.

On Wednesday, Secretary of State Mike Pompeo met with North Korea’s Vice Chairman Kim Yong-chol to discuss reviving the summit. The pair met for dinner in New York, ahead of a full day of meetings on Thursday.