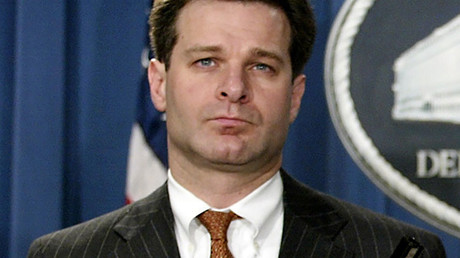 US President Donald Trump is to nominate Christopher A Wray as the new director of the FBI. Trump made the announcement on Twitter on Wednesday morning.

“I will be nominating Christopher A. Wray, a man of impeccable credentials, to be the new Director of the FBI. Details to follow,” Trump tweeted.

I will be nominating Christopher A. Wray, a man of impeccable credentials, to be the new Director of the FBI. Details to follow.

Wray’s nomination must be confirmed by the Senate for him to officially get the role. If successful, he will take over from Andrew McCabe, who has been the bureau’s acting director since President Trump fired James Comey on May 9.

Comey is due to appear before the Senate Intelligence Committee in Washington, DC, on Thursday, where he’s expected to answer questions on the circumstances surrounding his dismissal and the investigation into the president’s alleged links to Russia.

He acted as former New Jersey Governor Chris Christie’s personal attorney during the ‘Bridgegate’ controversy, an investigation into the closure of lanes on George Washington Bridge in an alleged effort to spite political opponents.

The Yale Law School graduate is ranked by many leading publications as a leading litigator in white-collar crime, with legal directory ‘Chambers’ describing him as “a renowned heavy hitter in this space.”

Harvard Law school professor Jack Goldsmith, who worked as a legal advisor to the General Counsel of the Department of Defense in the Bush administration, described Wray as “smart, serious, and professional,” in an article on Lawfare. He noted, however, that Wray doesn’t have the same range of experience as his last two predecessors.