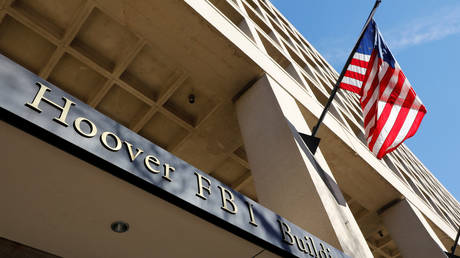 US President Donald Trump has said that FBI agents who wanted to investigate him over unproven collusion with Russia during the 2016 presidential election are just “dirty cops.”

Speaking to reporters outside the White House on Monday morning, Trump said he “never worked for Russia” and chastised the media for focusing on the alleged collusion.

“Not only did I never work for Russia, I think it’s a disgrace that you even ask that question. It’s a hoax, the whole thing,” Trump told reporters.

He said that Strzok and Page were “known scoundrels.” Strzok had been leading the FBI’s investigation into Trump’s alleged collusion with Russia at the time when he was exchanging the anti-Trump text messages with Page.

Also on rt.com
Lisa Page reveals FBI had no evidence of collusion for ‘Russiagate’ probe


Trump also said that his decision to fire former FBI director James Comey was “a great thing” he did for the country, saying that Comey was also “a bad cop and a dirty cop.”

Page later told lawmakers that after a nine-month long FBI investigation, just as Special Counsel Robert Mueller’s investigation into Trump’s alleged Russia ties was taking off, the agency still had found no indication that Trump and his campaign had actually colluded with Russia.

Republican Representative John Ratcliffe, who grilled Page in a closed-door meeting, said she had left him with the impression that “the lead investigator of the Russian collusion case, Peter Strzok, had found no evidence of collusion after nearly a year.”

Trump made sure to separate rank and file at the FBI, saying it was “so unfair what’s happened to the FBI in terms of the men and women” working at the agency who are “great people” and “so embarrassed” by their leadership.