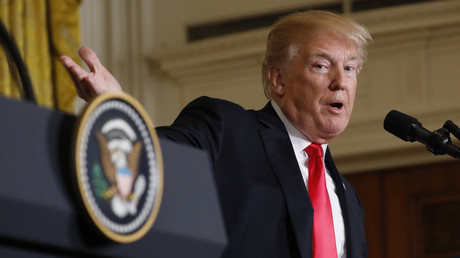 US President Donald Trump has dismissed the memo released by the US House Intelligence Committee Democrats as a “total political and legal bust.”

“The Democrat memo response on government surveillance abuses is a total political and legal BUST. Just confirms all of the terrible things that were done. SO ILLEGAL!” Trump wrote on Twitter. “Dem Memo: FBI did not disclose who the clients were – the Clinton Campaign and the DNC. Wow!”

The US leader also reiterated that “Russians” never had any compromising information on him, dismissing the whole collusion investigation as a disgraceful and illegal “witch hunt.”