With a stroke of a pen, President Donald Trump has unraveled the Trans-Pacific Partnership, withdrawing the US from the controversial free-trade pact. Without Washington’s participation, the TPP would have to be renegotiated or scrapped altogether.

The largest global trade agreement in 20 years, the TPP would have included the United States, Australia, Brunei, Canada, Chile, Japan, Malaysia, Mexico, New Zealand, Peru, Singapore and Vietnam. It was championed by former President Barack Obama as a way to open Asian markets for American goods and create a trade bloc to counter China.

Opposition to the TPP was one of the key planks of Trump’s presidential campaign, with the billionaire businessman calling the trade pact a “potential disaster” for the US. He said he would prefer bilateral trade deals with individual TPP countries instead. Monday’s executive order signaled the new administration’s determination to address its priorities quickly. 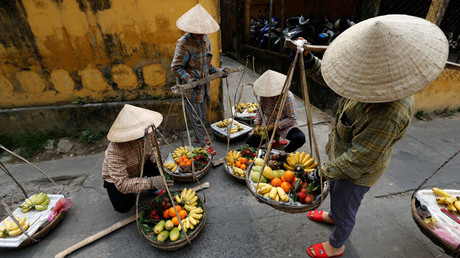 Vietnam backed out of the pact in November, citing uncertainty created by Trump’s election and the refusal of the US Congress to ratify the TPP.

Trump has also targeted the North American Free Trade Association, which eliminated commercial barriers between the US, Canada and Mexico during the Clinton administration.

If Wilbur Ross gets the Senate confirmation to head the Department of Commerce, he will be charged with renegotiating the trade deals, alongside US Trade Representative Robert Lighthizer and chief of the newly established White House Trade Council, Peter Navarro.

“We are going to start renegotiating on NAFTA, on immigration and on security at the border,” Trump said on Sunday, after the swearing-in ceremony for senior White House staff.

Trump’s animosity for the TPP was shared by some of the Democrats, led by Vermont Senator Bernie Sanders. His rival in the November 2016 presidential election, Hillary Clinton, initially supported the trade pact.

We Are Dissidents,but we don’t have a problem with everything Trump does. His withdrawing U.S. from Trans-Pacific Partnership is good.

On Monday, Trump assembled chief executives of major US corporations at the White House and promised to lower the tax and regulatory burden on doing business within the country. His administration will be scrapping free trade in favor of fair trade, he said.

“The regulations are going to be cut massively, and the taxes will be cut with them,” Trump said, warning that those who relocate factories will face a “substantial border tax.”

Trump signed two more executive orders on Monday, freezing all federal government hiring – with the exception of the US military – and prohibiting federal funding to US organizations promoting abortion overseas.