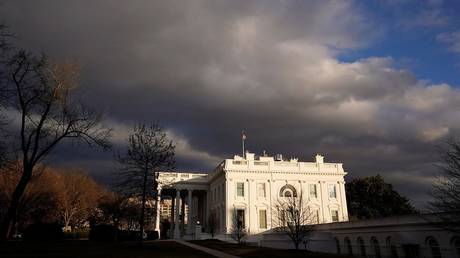 With Democrats in Congress adamantly against any funding for the border wall, US President Donald Trump may be inching towards declaring a national emergency in order to end the record-breaking 34-day government shutdown.

The White House has drafted an emergency declaration that would direct the Pentagon to build the border barrier and use $7 billion in various unallocated government funds to that purpose, CNN reported on Thursday claiming to have seen “internal documents” to that effect.

“The massive amount of aliens who unlawfully enter the United States each day is a direct threat to the safety and security of our nation and constitutes a national emergency,” the draft of the proclamation reportedly says.

The draft was updated last week, CNN reported, citing an unnamed US official. According to the same source, the declaration would use $681 million from Treasury forfeiture funds, $3.6 billion from military construction projects, $3 billion in Pentagon civil works funding and $200 million from the Department of Homeland Security.

Trump has repeatedly said he could declare an emergency, but preferred to make a deal with Congress instead. However, Speaker of the House Nancy Pelosi (D-California) and Senate Minority Leader Chuck Schumer (D-New York) have repeatedly rejected any funding for the border wall, ever, calling it “immoral,”“medieval” and “ineffective.”

Also on rt.com
Polls show Americans are getting sick of border wall standoff, but Trump and Dems won’t budge


Earlier on Thursday, the Senate failed to pass two rival proposals to reopen the government. A Republican bill backed by Trump, along the outlines of his compromise presented on Saturday and funding the government through the end of the fiscal year, garnered only 50 votes in support, falling short of the required 60. A Democrat proposal that would give zero money for the wall and reopen the government only through February 8 also failed, but ended up getting 52 votes, including Six Republican senators.

Leader Mitch McConnell and Senator Chuck Schumer are meeting now to see whether or not they can work out of the deadlock. As was made clear to Senator Lindsay Graham, the 3 week CR would only work if there is a large down payment on the wall.

The White House confirmed on Thursday evening that Senate Majority Mitch McConnell (R-Kentucky) was meeting with Schumer to negotiate a possible 3-week continuing resolution, which Trump said he could approve if it included “a large down payment” for the wall.

Pelosi, however, called the proposal “not reasonable,” according to MSNBC.

“We will not cave!” Trump insisted earlier in the day, telling Pelosi via Twitter that border security without a physical wall “doesn’t work.”

Nancy just said she “just doesn’t understand why?” Very simply, without a Wall it all doesn’t work. Our Country has a chance to greatly reduce Crime, Human Trafficking, Gangs and Drugs. Should have been done for decades. We will not Cave!

Meanwhile, the Congressional Research Service has produced a legal analysis suggesting that the Pentagon could build border fortifications even without a declaration of emergency. However, such construction would be limited to vaguely defined “drug smuggling corridors,” according to the paper obtained by the Daily Caller and published on Thursday.

Some 800,000 federal workers have been sent home, or made to work without pay, since December 22, in the longest-running government shutdown in US history to date. They will miss their second paycheck on Friday, when the shutdown enters day 35.