US Republican presidential candidate Donald Trump promised to introduce a tracking system for all immigrants in order to make sure none overstay their visas. Anyone who breaks the rule could be deported immediately under his rule.

“If we don’t enforce visa expiration dates, then we have an open border – it’s as simple as that,” Trump pledged on Saturday during a campaign speech in Des Moines, Iowa. 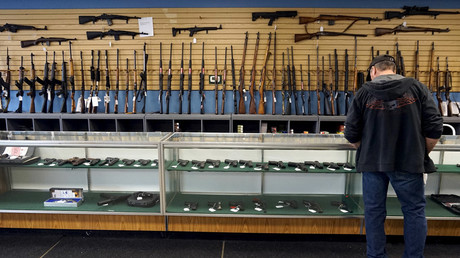 Trump promised to introduce a monitoring system that would make it easy to remove illegal immigrants who overstay their visas.

He also pledged to create an e-verify system that would prohibit illegal immigrants from getting access to social benefits, such as welfare.

“Every time an African-American citizen, or any citizen, loses their job to an illegal immigrant, the rights of that American citizen have been violated,” he said. “Equal protection under the law must include the consistent application of our immigration laws.”

Trump vowed that if he takes office, he would immediately deport thousands of illegal immigrants with criminal records who are currently residing in the US.

“These international gangs and cartels will be a thing of the past. Their reign of terror will be over. In this task, we will always err on the side of protecting the American people – we will use immigration law to prevent crimes, and will not wait until some innocent American has been harmed or killed before taking action,” he said. 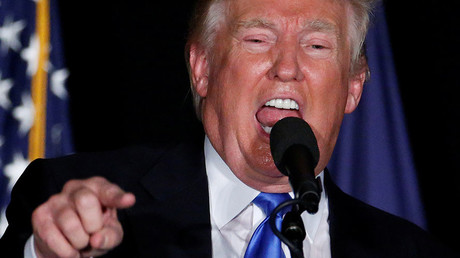 In his speech, Trump also sought support from the African-American voters by criticizing the shooting death of a cousin of NBA star Dwayne Wade, describing it as an example of violence that needs to be dealt with.

His comments follow criticism he received from the conservative layers of the Republican party, after softening his famous tough stance on immigration.

Trump gained popularity with the conservatives after introducing a hardline stance on immigration, with one of his proposals seeing him infamously promise to build a wall along the US-Mexico border.