The Donald J. Trump Foundation admitted in a newly-revealed tax filing for 2015 that it broke IRS rules in recent years regarding the use of charity money to enrich its leaders, their businesses, or family members, according to news reports.

The forms did not detail any specific instances of self-dealing or other infractions, nor whether the foundation has incurred penalties for any wrongdoing.

Whether the forms have been offered to the IRS is unclear, the Washington Post reported, saying the IRS did not respond to queries about the forms, nor has it said in the past whether it is investigating the Trump Foundation.

The IRS violations admitted in the forms could mean penalties for the Trump Foundation, including excise taxes. The foundation’s leaders could also be required to reimburse money taken from the charity, according to reports.

In September, the New York attorney general’s office said it had opened an investigation into the New York-based foundation. New York Attorney General Eric Schneiderman said at the time that “we have been concerned that the Trump Foundation may have engaged in some impropriety,” adding, “We have been looking into the Trump Foundation to make sure it’s complying with the laws governing charities in New York.” 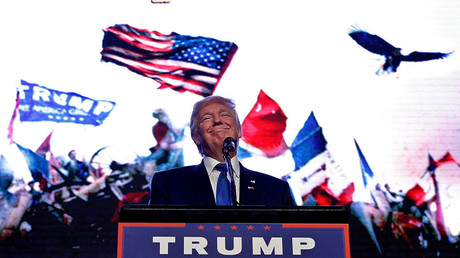 In early October, Schneiderman’s office issued a cease and desist letter to the Trump Foundation, claiming the charity had violated state registration rules and must “immediately cease soliciting contributions or engaging in other fundraising activities in New York.”

A spokesman for Schneiderman’s office would not comment to the Post about the new forms, saying only that the office’s “investigation is ongoing.”

The newly-posted forms could indicate that Trump and his foundation approved of tax returns that omitted wrongdoing that they have now admitted, according to Philip Hackney, a former employee of the IRS chief counsel’s office and current educator at Louisiana State University.

“What transactions led to the self-dealing that they’re admitting to? Why weren’t they able to recognize them in prior years,” Hackney told the Post.

The Trump Foundation’s total expenditures in 2015 were less than $1 million, which is less than one percent of the year’s expenditures of the Bill, Hillary, and Chelsea Clinton Foundation, according to the Wall Street Journal.