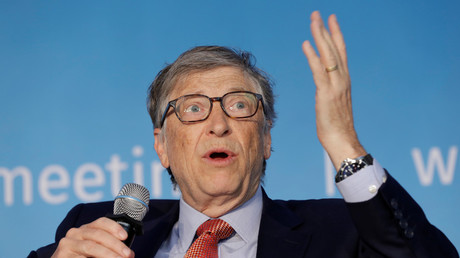 Donald Trump doesn’t know the difference between HIV and HPV, but knows in “scary” detail what the daughter of Microsoft co-founder Bill Gates looks like, Gates himself has said.

While speaking at an event at the Bill & Melinda Gates Foundation, the tech guru and billionaire philanthropist said that the US president inquired about the difference between HIV and HPV on two separate occasions.

Recalling his two dealings with the president – first in 2016 in New York, then at a meeting at the White House last year – Gates said that “both times he wanted to know if there was a difference between HIV and HPV so I was able to explain that those are rarely confused with each other.”

Gates also noted: “When I first talked to [Trump] it was actually kind of scary how much he knew about my daughter’s appearance. Melinda [Gates’s wife] didn’t like that too well.” Trump had encountered Gates’s daughter Jennifer, now 22, at a horse show in Florida.

A video of Gates’s comments was obtained by MSNBC’s All in with Chris Hayes show, which broadcast the footage on Thursday.

HIV, or human immunodeficiency virus, causes AIDS, while HPV, or human papillomavirus, is an infection that can trigger cervical cancer. Gates previously claimed that he turned down an offer from Trump to serve as the White House science adviser.