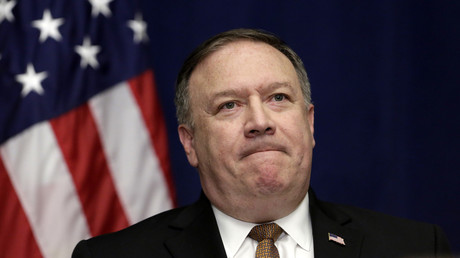 President Trump has canceled State Secretary Mike Pompeo’s upcoming trip to North Korea, due to take place next week. The President cited a lack of progress towards denuclearization when he announced the cancelation.

In a series of tweets Friday, Trump said that “sufficient progress” towards denuclearization of the Korean peninsula was not being made, and blamed China for hindering the progress, due to the ongoing trade spat between Washington and Beijing.

…Additionally, because of our much tougher Trading stance with China, I do not believe they are helping with the process of denuclearization as they once were (despite the UN Sanctions which are in place)…

Trump, however, sent his “warmest regards and respect” to Kim, and said that Pompeo “looks forward to going to North Korea in the near future,” once the current US-China trade dispute is resolved.

The trip would have been Pompeo’s fourth visit to Pyongyang since US/North Korean relations began to thaw earlier this year. This time around, Pompeo had no plans of meeting North Korean leader Kim Jong-un.