Friday’s attack on Syria was a face-lifting move by Donald Trump after he boasted about his missiles on Twitter, Virginia Senator Richard Black said. He told RT that Trump would not have won Congress’ approval had he asked for it.

Trump chose to bypass the Congress, drawing the ire of some within his own Republican party, because he had next to no chance of drumming up their support to start a war, Republican Virginia Senator Richard Black told RT.

“It was very clear from what happened under President Obama that the Congress would not [approve a military strike]. Once the people had an opportunity to have a voice there is no way that they would have approved an attack on Syria,” Black said.

In August 2013, shortly after an alleged chemical attack in Syria’s Ghouta, then-US President Barack Obama announced that he would seek congressional approval to use force against the Syrian government in response to the incident. However, the respective bill never got past the Senate Foreign Relations Committee, with Obama “postponing” the vote in Congress after it became obvious he was not getting enough votes. According to a whip count by ThinkProgress at the time, only 42 members of the 416 in the House of Representatives indicated they would definitely or likely side with Obama. 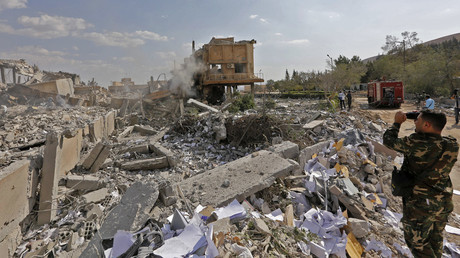 “If you recall, under President Obama, the prime minister did go to legislature and was rebuffed and they refused to go in, and it had a reverberating effect on the United States,” Black said, adding that at that point it became clear that the same motion would continue losing with lawmakers in the future.

Whether Trump really wanted to rain missiles down on Syria or not, he cut off his own escape routes by tweeting that “nice and new and ‘smart'” missiles were all but on their way.

“I think, to some extent, the president, through some of his tweets, had boxed himself into a corner and he was forced to do something. Fortunately, he chose the best option that he could, which was a very limited attack,” the senator told RT.

‘West didn’t have any confidence in Syria’s guilt, only power’

Both prior to and right after the coordinated strikes on Syria, Washington, Paris and London reiterated that they were sure the Syrian government had attacked civilians in Douma with chemical weapons on April 7. Hours before the missiles were launched, the US State Department said that there was “a very high level of confidence” that Damascus was to blame. Then, the White House cited social media, Richard Black argued that these allegations, made without the support of factual evidence, are less than trustworthy.

“They don’t have any confidence, what they have is they have the power to simply attack,” Black said, noting that the US claimed to be equally sure in the case with Iraq, where no weapons of mass destruction were found.

“They always have complete confidence, but they never have proof.” The case for Syria’s culpability is so weak that it would crumble under a proper investigation, Black believes. “If you tried to prosecute Syria for this in a legitimate court of law, you could never get a conviction.”

‘Damascus has no motive, hence no crime’

The Syrian government had “no motive whatsoever” to use a toxic agent on civilians at a time when it had already negotiated an agreement with militants to leave the area, Black said, calling the idea that Damascus would employ chlorine-filled munitions “childishly absurd.”

He echoed concerns that the strikes were aimed at hampering the UN chemical watchdog’s fact-finding mission that was set to start its work hours after the strike on Saturday.

“It was clear that the United States did not want to have the Organization [for the Prohibition of Chemical Weapons] sending chemical investigators, and they wanted to have this attack over before they ran the risk that the investigators say either there was no attack or that it was staged by the terrorists,” Black said. 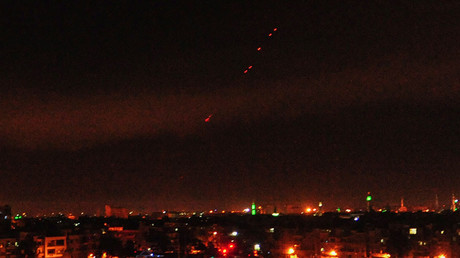 He also voiced another version of what had happened: an accidental release of chlorine from some kind of industrial process.

While the US, the UK and France said that the purpose of their military action was to avert new chemical incidents in Syria, the timing of the strike is a signal for militants to stage another provocation with chemical agents, Black said.

At the UN Security Council after the attack, US envoy Nikki Haley said that the US is “locked and loaded,” should another “chemical attack” happen.

“You really have just invited another propaganda attack by them,” Black said, referring specifically to the rebel-linked, Western-funded White Helmets, who he argued are spreading propaganda when they are not fighting on the side of the rebels.

“Of course, Syria does not have the wealth and the power over the media to counteract it.”