A federal body established to protect consumers from predatory financial institutions is facing a leadership crisis after its director resigned. The deputy director is refusing to accept the acting director appointed by President Donald Trump.

The director of the White House Office of Management and Budget (OMB), Mick Mulvaney, was last week appointed as acting director of the Consumer Financial Protection Bureau (CFPB), following the resignation of Richard Cordray.

Upon leaving Friday, Cordray designated his chief of staff Leandra English as the interim director. English sent the CFPB staff an email offering Thanksgiving wishes, according to AP.

On Monday, however, Mulvaney emailed the staff telling them to “disregard” any instructions from English, and brought doughnuts. 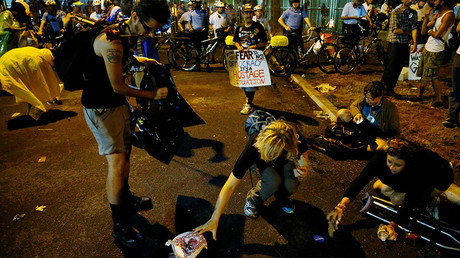 Cordray had announced that he planned to resign his office by the end of November. He was appointed by President Barack Obama and has been long criticized by Congressional Republicans as overzealous. Mulvaney has called the agency a “joke” and is expected to dismantle much of what the bureau has done.

Late Sunday, English a filed a lawsuit calling on the Trump administration to block the appointment of Mulvaney as interim director. English is seeking an injunction ordering Trump to halt the Mulvaney appointment. The suit argued Mulvaney can’t be director because he already reports directly to the president.

English argued there was a statutory conflict between the Dodd-Frank Act and the Federal Vacancies Reform Act over who has the right to appoint an interim successor at the agency.

“The President may not, consistent with the statutory requirement of independence, install a still-serving White House staffer as the acting head of an independent agency – particularly when doing so would displace an acting head who has a clear legal entitlement to the position,” the lawsuit said.

English filed the lawsuit personally, with the US District Court for the District of Columbia.

The Trump administration retorted that there was no statutory conflict, and that the president had every authority to appoint the new agency head.

“The law is clear: Director Mulvaney is the acting director of the CFPB,” White House press secretary Sarah Huckabee Sanders said in a statement.

“I advise all Bureau personnel to act consistently with the understanding that Director Mulvaney is the acting director of the CFPB,” McLeod wrote, according to the American Banker. 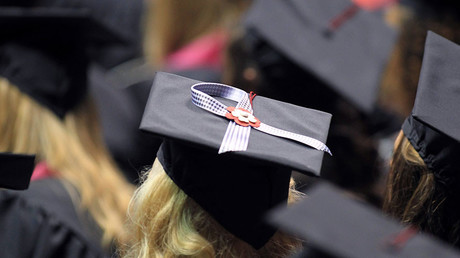 The CFPB director is supposed to be shielded from politics because of the judicial and law enforcement functions of the job, which involve filing enforcement actions and deciding appeals. The CFPB get its funding from the Federal Reserve and its director is giving significant leverage to go after what he or she considers important.

The Dodd-Frank Act, which created the CFPB, explicitly specified the role of the president. It states that the president can nominate a CFPB director who is confirmed by the Senate and can only fire the director “for cause.” It said nothing about the director resigning, however.

Under the leadership of Cordray, its first director, the CFPB implemented and proposed new rules and regulations for the banking industry. The agency also took legal action against banks, mortgage companies, credit issuers, payday lenders, debt collectors and others, and extracted billions in settlement. When Wells Fargo was found to have opened millions of phony accounts for its customers, the CPFB fined the bank $100 million, the agency’s largest penalty to date.