The Trump administration has reached deals with a range of disparate factions in Congress to both repeal and replace the Affordable Healthcare Act and to temporarily continue Obamacare’s required subsidies, allowing the government to remain funded.

A month after Republicans crashed and burned at their first attempt to fulfill their longstanding promise to repeal and replace Obamacare, the majority party is ready to try again to get rid of the ACA.

The first attempt, strongly backed by President Donald Trump, failed after moderates balked at concessions made to a group of conservatives, which could not reach a consensus among itself either.

Now, however, those two factions within the GOP have reached an agreement, allowing the House to try again. The deal comes at the same time that the Trump administration has agreed to continue Obamacare placements in order to keep the federal government funded beyond a looming deadline.

One group left out of the political horse-trading, however, is the United Nations, which has warned that any measures that would cause millions of Americans to lose coverage would be a violation of international law.

The deal would allow states to opt out of central protections for consumers and pull back from Obamacare’s set of minimum insurance benefits, as long as they offer alternative proposals that lower premiums, increase the number of insured people or create greater competition among insurance companies.

States would also be required to set up risk pools to help people with pre-existing conditions gain coverage, Politico reported. 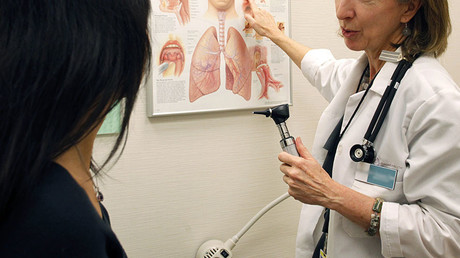 It would also continue prohibiting insurers from charging women higher premiums than men, although it’s unclear if the bill would still mandate all policies contain maternity coverage.

The agreement also retains the guaranteed access to coverage for those with pre-existing conditions, but it would allow states to waive a prohibition on charging higher premiums for sick people with a gap in coverage.

“While the revised version still does not fully repeal Obamacare, we are prepared to support it to keep our promise to the American people to lower healthcare costs,” the 30 members of the ultra-conservative Freedom Caucus said in a statement.

The problem with cutting a deal on Obamacare with the Freedom Caucus, the White House said during the first go-round, is that for every vote gained on the right, they could lose multiple from the center. Those sentiments were echoed by Representative Charlie Dent (R-Pennsylvania), the chair of the moderate Tuesday Group, which has 50 members.

“The question now is how many people does it take from yes to no,” Dent told Politico, adding that the Freedom Caucus’ acceptance provisions proposed by the co-chair of the Tuesday Group were a matter of “face-saving and blame-shifting” by conservatives who were blamed for the previous failures during the Trump administration.

Separately, the White House appeared to reach an agreement with House Democrats on a key sticking point for keeping the government funded after Friday, when the current continuing resolution (CR) runs out.

The Trump administration will continue to fund cost-sharing reduction (CSR) payments, which reimburse insurers approximately $8 billion a year for the costs they incur to lower the price for people with incomes below 250 percent of the poverty level who enroll in the Obamacare marketplace.

Pelosi demanded that the next CR include language providing for permanent funding for the CSR subsidies, but Mulvaney said the president would not sign a bill if it included the payments.

“Let me be clear: the only thing standing in the way of a landmark defense and border security bill is a handful of Democrats who are insisting on an 11th-hour bailout of Obamacare. We can get this deal done today. There is no excuse not to,” Mulvaney said through a spokesman, according to Politico.

Currently, Congress is expected to pass a one-week extension to the current CR that would fund the government at its current levels until next Friday, Politico reported. However, the agreement won’t contain language about congressional funding for CSR payments, according to House Speaker Paul Ryan (R-Wisconsin).

“CSRs, we’re not doing that,” Ryan said during a news conference with House GOP leadership. “That is not in an appropriation bill – that’s something separate that the administration does.”

Although the White House controls CSR spending, courts have yet to definitively decide whether it has the authority to do so.

“This administration has made CSR payments in the past, and the only reason some are raising this now is to hold the government hostage and find an excuse to oppose a bipartisan agreement,” he said.

Republicans could have been blamed for allowing the CSRs to stop, as insurers were expected to flee the marketplaces, leading to steep price increases for those buying insurance through the exchanges.

“If we pull the subsidies… I think there would be nobody with a health insurance plan next year,” said Rep. Phil Roe (R-Tennessee).

Any major loss of coverage for millions of Americans, especially if Obamacare is repealed, could be a violation of international law, the United Nations warned the Trump administration. The five-page letter provides no legal obligation but provides moral support for Obamacare proponents.

In a confidential letter dated February 2 and obtained by the Washington Post on Tuesday, Dainius Puras, a doctor with the Office of the UN High Commissioner for Human Rights, expressed “serious concern” to the US State Department about the potential loss of health coverage for nearly 30 million people. The UN figures are based on a Congressional Budget Office estimate which the White House disputes.

Such a loss of insurance could violate “the right to social security of the people in the United States,” the letter read.