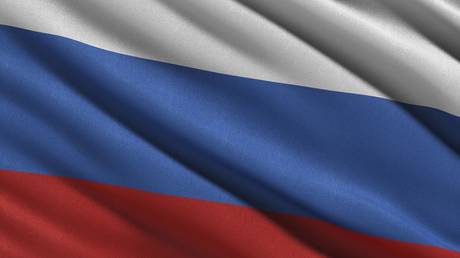 The English city synonymous with the poisoning of a Russian double-agent woke to a peculiar sight this morning – an enormous Russian flag waving down from Salisbury’s cathedral, famed for its 123-meter spire.

The flag, which appeared overnight or early Sunday, was unfurled atop scaffolding encasing part of the famous site as it undergoes maintenance repairs. It’s not clear whether the banner was an act of supreme trolling against Russia, or a peculiar indication of support for Russia.

The flag was quickly pulled down, and some locals were in no doubt about their interpretation of the bizarre incident, taking to Twitter to denounce the Russian tricolor as an act of extreme disrespect to Salisbury.

A local Tory MP was also swift to dismiss it as “mocking” the events of last spring, in which former double agent Sergei Skripal, his daughter and two other people were poisoned by what British authorities say was a “military-grade poison.”

Others suggested the flag stunt was carried out as a ‘gaslighting’ op to manipulate the British public.

Who would be more likely to climb up Salisbury cathedral and plant a large Russian flag? Someone (as it’s presumed) trying to celebrate Russia and mock the people of Salisbury, or perhaps someone wanting to smear Russia and keep the #Skripal story alive?https://t.co/yGQaxmMRPf

While London was quick to pin the blame on Russia and two alleged assassins, Moscow has denied the allegations that it carried out a bizarre botched attack targeting Skripal. The two men accused of the attack told RT that they were simply in town to see the famous cathedral spire and had nothing to do with the entire bizarre episode.

Of the four people poisoned, one woman, Dawn Sturgess, died after exposure to a substance from a counterfeit perfume bottle, which the British authorities claim was discarded by assassins. Sturgess fell ill some four months after the Skripals, and her family recently accused the British authorities and media of slandering their daughter to make her death fit a narrative that they wanted.