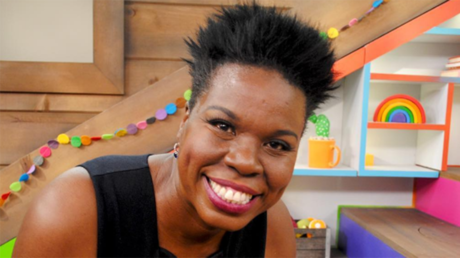 Hackers broke into Jones’ Tumblr page and replaced its usual content with naked photos and a copy of her driver’s license and passport taken from her iCloud account. Hackers also added a racist video and a picture of the dead Cincinnati Zoo gorilla Harambe at the top of the page.

Jones’ site remained offline Thursday, and the actress-comedian has stayed away from social media since the attack Wednesday.

The website, which had contained information about her comedy career and her past work in film, appeared to be retooled to display the personal photos and information.

There was no way to independently confirm that the photos were of Jones and whether the identification documents were real, but the address on the driver’s license appeared to correspond with information about Jones that is available through public records.

Attorney Jonathan Steinsapir told the Associated Press that those who broke into Jones’ site and replaced its content with copies of confidential documents and a racist video are clearly breaking the law.

The hack comes less than a month after Jones’ brief hiatus from Twitter after receiving a deluge of racist harassment.

Steinsapir said little can done to prevent online hacks, harassment and trolling of a celebrity with sexist or racist posts online, as such cases are difficult to prosecute.

Shortly after the release of the Ghostbusters remake in July this year, Jones and her fellow cast members were the targets of sexist attacks, as male purist fans railed against the all-female take on the 80s cult classic. After the film’s release, the criticism died down, but the attack on Jones took on a life of its own.

“She’s done all the right things,” Brendesha Tynes, a University of Southern California professor who specializes in cyberbullying and social media, told AP. “You report, you block and she’s done all those things. One thing she definitely needs to do is to really rally her tribe.”

“Ultimately the best thing you can do as an insurance policy is to create a community of loyal fans and friends that will stand up and defend you and essentially try to fight back against the trolls and negative posts,” Dorie Clark, a social media expert, told AP.

“These acts against Leslie Jones are sickening,” the musician Questlove wrote in a post on Twitter. “It’s racist & sexist. It’s disgusting. This is hate crimes. This ain’t ‘kids joshing round.’”

TMZ reported the case is with Homeland Security because it has the most sophisticated cyber-crime unit in the country.