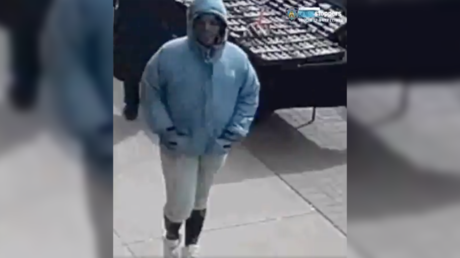 A transgender woman has been arrested for a slew of random ambush attacks involving some form of chemical spray on unwitting passersby walking the New York City streets over the weekend.

Thomas J. Heard, who reportedly goes by “Tasha,” 37, was arrested after allegedly pulling a sharp object on someone in the Bronx. Police also believe, based on CCTV footage, that Heard was responsible for up to nine attacks using a pepper-spray-like substance in the Bronx area, though there may be more victims. Police have confirmed that the incidents are being viewed as hate crimes given that all of the victims were white.

EXCLUSIVE: more possible victims of “pepper-spray” attack. This woman says suspect physically attacked her in Bronx before spraying boyfriend. Cops say she sprayed 7 victims in Harlem. Being investigated as hate crimes. NYPD determining if this is connected. At 6pm on @ABC7NY. pic.twitter.com/hE5oeM07HN

A woman matching Heard’s appearance was then seen physically assaulting a woman, kicking her violently in the leg before spraying the victim and her boyfriend.


Upon her arrest, police found her in possession of a pepper spray canister and a pair of scissors.


“It lights up your whole face on fire,” Joshua Smith, another victim who was attacked on the way home from a doctor’s appointment, told CBS. “Your sinuses, your throat feels like it’s closing up. It’s rough.”

Police say a total of 11 white New Yorkers were attacked over the weekend but they have not definitively linked all of the incidents to Heard at the time of writing. Heard reportedly has up to 65 prior arrests, many for prostitution and assault.