Proposed changes to the Gender Recognition Act (GRA) which would make transitioning from one gender to another easier have put feminist groups at odds with transgender rights organizations across Britain.

Current law requires a doctor’s diagnosis of gender dysphoria and that the person has lived as their preferred gender for two years and has been assessed by a panel of medical experts. A person also has to pay around £140 before they can obtain a gender recognition certificate. 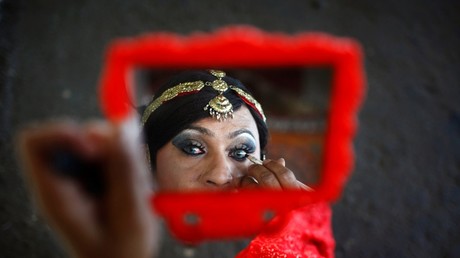 Trans rights campaigners want to make that process less difficult by introducing the concept of ‘self-identification’ which would essentially allow them to obtain the certificate just by self-identifying as one gender or another – without all the medical assessments and bureaucracy.

But some feminist groups are vehemently against the plan and say that a self-identification law could be abused and could even put women at risk if any person could enter a women-only space and claim to be a woman. They say they are interested in protecting women and girls, not denying rights to trans people. Some trans activists, however, say that the feminist groups are “transphobic” and perpetuating discriminatory rhetoric.

One activist at a protest in Newcastle told Sky News that “no one has the right to tell you how to identify, that is up to you. These [feminist] groups, they sit and perpetuate hateful rhetoric.”

Feminist campaigner Dr Heather Brunskell-Evans, who has written a book on transgender children, told the news outlet that she was “absolutely shocked at the level of vitriol and the level of silencing” being attempted by the trans activists. “Even asking for a discussion is considered transphobic,” she said.

“I don’t like being on a stairwell where I’m frightened that I’m going to be pushed down by a man in a balaclava and a mask, who’s telling me that he is a woman and that if I don’t accept that, I’m a Nazi – it’s extremely frightening,” she added.

We are witnessing the systemic persecution of feminists. It is not those in power being targeted, but those with little power & few resources,whose work is already marginalized,who are being targeted. What does this say about the claims of trans activism & who *really* has power?

One feminist group, called Man Friday, has aimed to highlight the problem by staging stunts where they claim to be self-identifying as men and enter men-only spaces like swimming pools or changing rooms.

Jess Bradley, the National Union of Students trans office in Manchester said the debate had “given license to anti-trans activists” to “debate our existence” and dismissed the notion that self-identification would lead to safety issues in women-only spaces.

“If you wanted to go into a female changing room to attack a woman you’d just do it…we’ve had the Equality Act for the last eight years and that is the act that allows trans people to enter women’s spaces. That’s a long time for these abuses to take place but they haven’t, the evidence isn’t there,” she said.

If you’re a feminist who opposes trans equality, plain and simple, you are NOT a feminist. Stop claiming to speak for a movement that has overwhelmingly thrown its support behind trans people. #FwiththeT

But some of the feminist campaigners say their fight has nothing to do with denying the existence of trans people or denying them rights. One campaigner, Dr Nicola Williams, told Sky that she had “no problem” with trans people living as their preferred gender and that “gender dysphoria is real” but said that there are still times when “biological sex does matter for safeguarding, privacy and dignity, fairness in sports for example, and that’s when the sex of a person must be acknowledged.”

In June, James Palmer, an NHS health boss, said the UK must be prepared for transgender numbers to “accelerate” significantly and that it’s a “good thing” that younger people are feeling more comfortable coming forward and seeking help and advice.