A transgender woman has been granted residency in New Zealand after years of “tranny bashing” in Britain, which included strangers asking her “what” she was, grabbing her breasts, damaging her property and threatening to kill her. 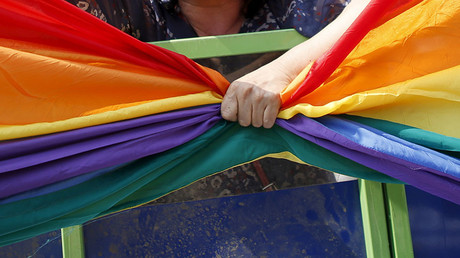 The anonymous woman, fearing a return to “toxic” life in the UK, lodged a humanitarian appeal against her deportation after her visa expired. She told the immigration and protection tribunal she felt “happy, settled and accepted” in NZ, while in the UK she had faced repeated psychological and physical attacks.

The woman, now in her 50s, experienced “overt hostility” and verbal abuse as a “freak” from the public, the tribunal says. She was frequently the target of strangers coming up to her and asking “What are you?” grabbing her breasts to see if they were “real” and touching her face and throat to see if she had “male characteristics.”

She resorted to supermarket shopping between midnight and 3am when there would be very few customers in store, parking as close to the store’s exit as possible, the tribunal says.

Some of the attacks the woman experienced in the street resulted in physical injury. When she reported these to police, nothing ever came of it, the tribunal says, even when her property was also damaged and she received death threats.

The woman began her transition from male to female in her early 40s. She said she had reached a choice between either transitioning or committing suicide after years in the closet.

“Violent, abusive and extremely traumatic” years at a boys-only school in England turned her into a recluse, she said.

When she went on to study engineering and get a job with a large multinational company, her colleagues called her a “freak” and she experienced “overt discrimination.” She began experiencing panic attacks and developed severe depression.

As part of her case, she presented reports on the rise of transphobic hate crimes in the UK and their low rate of prosecution. Some 35,000 LGBT hate crimes go unreported in the UK every year, the tribunal says.

It ruled that deporting the woman to Britain would be “unduly harsh” as she would be returning to the “toxic” environment that gave her severe mental health issues.

“In her home in New Zealand she has finally found a place where she feels safe, happy, settled and accepted. She is unlikely to maintain that equilibrium… if she is required to return to the UK,” the tribunal said.