Despite a cabinet crisis over her much-contested Brexit plan, Prime Minister Theresa May will not hold a second referendum, her spokesperson has stated after a Tory Remainer broke ranks and called for a new poll ‘to end deadlock.’

“The British public have voted to leave the European Union. There is not going to be a second referendum… under any circumstances,” May’s official spokesperson said. 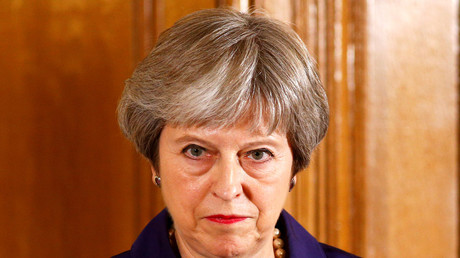 It comes after former education secretary Justine Greening, a long-time Remainer, joined in the calls for another referendum.

Greening said May’s agreement – reached this month during a cabinet meeting at the PM’s Chequers residence – is “the worst of both worlds.”

“The reality is parliament is now stalemated. Whatever the proposal on the table, there will be MPs who vote it down. But Britain needs to find a route forward,” the MP for Putney told the BBC Radio 4’s Today program.

Greenings comments come as the PM prepares to hear from Euroskeptics in the Commons on Monday, who will try to force amendments to her Brexit White Paper. May is understood to be considering giving into some of their demands in a bid to fend off a Commons revolt.

The deal received widespread backlash from the Tories’ Brexit wing as it would effectively see the UK being forced to abide by EU rules in return for free trade. It prompted the resignation of two of the cabinet’s leading Brexiteers, Brexit Secretary David Davis and Foreign Secretary Boris Johnson.

While heat from Remain wing of the party has also been turned up, Greening claimed the PM’s Brexit plan, contrary to what the she claims, is not what people voted for.

“We’ll be dragging Remain voters out of the EU for a deal that means still complying with many EU rules, but now with no say on shaping them,” Greening wrote in the Times on Monday morning.

“It’s not what they want, and on top of that when they hear that Leave voters are unhappy, they ask, ‘What’s the point?’

“For Leavers, this deal simply does not deliver the proper break from the European Union that they wanted.”