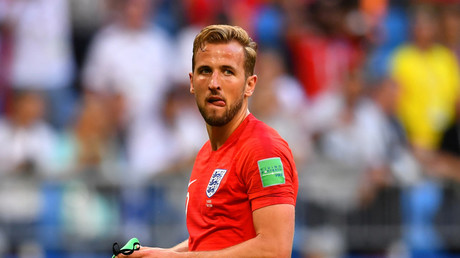 A Tory MP has publicly snubbed an invitation by Theresa May to watch England’s World Cup semifinal at No 10, saying it would be a “bad omen” for the team given the PM’s inability to bring Brexit home.

MP for Crawley Henry Smith tweeted a picture of the invitation to attend No 10 on Wednesday evening to see England play against Croatia in its first semifinal in 28 years.

But in yet another sign of the ever-widening rift within the cabinet over May’s post-Brexit plan, Smith openly turned down the invite on the grounds that “the Prime Minister isn’t bringing Brexit home”.

Henry if you would like to transfer your invite to a constituent let me know. Let me have their name first thing-they will be welcome. https://t.co/k1t8Bsw06o

Smith’s decline of the Downing Street invitation comes as May risks a full-blown crisis within her government following the sudden resignation of Brexit Secretary David Davis on Sunday night and Foreign Secretary Boris Johnson on Monday afternoon.

The two said they could not promote May’s trade plan for Britain once it leaves the EU and which was agreed on Friday during a cabinet meeting at her country residence, Chequers. The plan was shunned by many Eurosceptics as it would see Britain having to abide by EU rules in exchange for a free trade deal.