A Conservative MEP faced an angry backlash from colleagues in the EU Parliament after he claimed Adolf Hitler’s Nazis were socialists who followed a ‘left-wing ideology’ – with an EU Commissioner calling him an “idiot”.

Tory MEP Syed Kamall was responding to Udo Bullmann, President of the Socialists grouping, who had claimed “right-wing nationalism” was “trying to undermine the European Union,” when he came under a barrage of furious voices from colleagues upset at his Nazis and socialism assertions.

Kamall said: “Mr Bullmann, I would remind you when you talk about right-wing populists we have to remember that Nazi’s were national socialists.

“It is a strain of socialism. Let’s not pretend… it is a left-wing ideology, they want the same things as you, let’s be quite clear.” 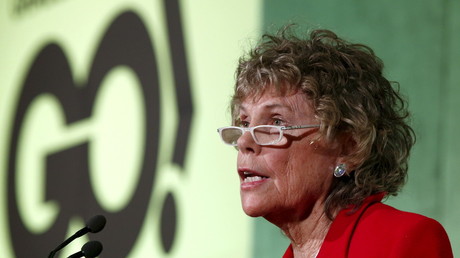 The Conservative MEP looked baffled as uproar ensued inside the Brussels building, before adding: “You don’t like the truth do you? Come on, it is national socialism.”

Bullmann told the MEP that while Hitler’s Nazi party were known as the ‘National Socialist’ party, its ideology was routed in fascism.

“I think this really was an awful thing to say, it is unworthy of the European Parliament.”

Kamall has since taken to social media to say he had “apologised directly & unreservedly to Mr Bullman for any offence caused” and that it was not meant as a personal jibe at any MEPs.

It was not a personal comment aimed at any MEPs. I’ve apologised directly & unreservedly to Mr. Bullman for any offence caused. I have upmost respect for anyone who stood up & fought against Nazism, Communism & any other kinds of extremism, regardless of political affiliation.

Historian Richard J Evans wrote in his book The Coming of the Third Reich, that Hitler’s party did engage in “egalitarian rhetoric,” but it was just that – rhetoric.

Evans writes: “…from the very beginning, Hitler declared himself implacably opposed to Social Democracy and, initially to a much smaller extent, Communism: after all, the “November traitors” who had signed the Armistice and later the Treaty of Versailles were not Communists at all, but the Social Democrats.”