The Tory deputy leader of Westminster Council is being accused of cronyism after receiving over 500 gifts and hospitality during his time in government, over 150 of which were from property developers.

Robert Davis, who was until last year the chairman of Westminster Council’s Planning Committee, was treated to tickets to exclusive venues and gifts a record 514 times. It is understood the benefits were worth up to £13,000 (US$18,170).

He was twice flown to the south of France for four-day stays by property developers, while also being treated to the musical ‘Hamilton’ by the impresario Cameron Mackintosh, where tickets can cost as much as £250. He also enjoyed steaks £100-worth steaks at the M steakhouse, where he dined up to 20 times.

Property developers, including the Crown Estate (13 times), Clivedale Properties, Capco and Irvine Sellar, treated Davis up to 150 times – the equivalent of almost once a week.

The Cambridge-educated solicitor was also entertained 15 times by the Westminster Property Association, which represents major property developers in the borough. They included dinners at the Grosvenor House and Goring Hotels in London.

Number of freebies he enjoyed is evidence of broken culture at Westminster Council, says Labour

Labour said the evidence is proof of a “broken culture at Westminster Council,” as there is an obvious cozying up between councilors and property developers, the Guardian reports.

Leader of the Labour group on Westminster Council, Adam Hug, said residents needed to be reassured “that their representatives are fighting for them rather than dining out on developers’ expense accounts.”

Labour hit out at the council, accusing it of allowing property developers off the hook when it comes to building fewer affordable houses.

Between 2013 and 2016, only 12 percent of the new homes built in Westminster were classed as “affordable,” while the target was 35 percent. 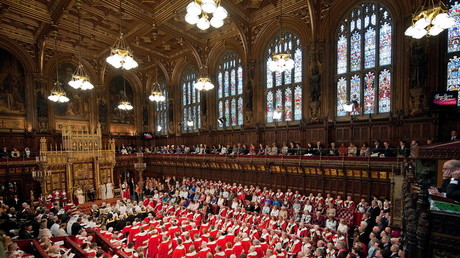 “Labour believes that such an approach does not help build public trust that the council will put the needs of residents before those of property developers and business interests,” Hug said, according to the paper. “They have pushed through controversial schemes and promoted an approach to architecture based on the whims of senior councilors.”

“Where hospitality is offered, these meetings are all declared in the register of interests and have absolutely no sway on planning decisions.”

“As planning chairman it was an important part of my job to meet groups ranging from developers to residents, property agents, heritage associations, arts groups and trade organizations,” he told the Guardian.

“These meetings were all properly declared and open to anyone to examine.

“Their sole purpose was to ensure and encourage the right kind of development in Westminster and ensure that anything put before the council was going to benefit the city as a whole.”