A senior Tory politician has urged the wealthy to pull their money out of the UK and invest elsewhere, with the Labour Party quick to brand him a hypocrite.

Conservative MP John Redwood, who has a second £180,000 per year job as Chief Global Strategist for investment management firm Charles Stanley, encouraged investors to move their money out of the UK in his opinion piece, “Time to look further afield as the UK economy hits the brakes”. 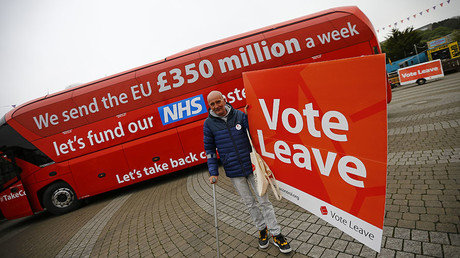 “I sold out of the general share ETFs in the UK after their great performance for the year from early July 2016, when I saw the last Budget and heard the BoE’s credit warnings,” Redwood said in the op-ed.

“The money could be better put to work in places where the authorities are allowing credit to expand a bit, to permit faster growth.”

Forbes commentator Frances Coppola called out the Tory MP in a scathing opinion piece of her own, charging that he is “unfit to hold office,” and “putting his own interests above those he represents.” She called on the former banker to resign.

Coppola described Redwood’s position as “disaster capitalism… Engineer a crash while ensuring your own interests are protected, then clean up when it hits. This is despicable behaviour by a lawmaker,” she said.

While the Conservative Party has so far remained silent, the Labour Party and the Liberal Democrats have been quick to criticise Redwood’s controversial piece.

“This is yet another Tory MP openly admitting the chancellor’s poor record on the economy means we need to change course in the budget, proving yet again that they are clearly losing the economic argument,” Labour’s shadow chief secretary to the Treasury told the Guardian.

“Even worse than other calls from Tory MPs, is the fact that this one is talking down Britain and encouraging investors to invest in other countries instead. It speaks volumes for the government’s bungling of the Brexit negotiations, and their mismanagement of our economy,” Peter Dowd said.

So arch Brexiteer @johnredwood is advising wealthy financial clients to take their money out of the UK. Him, Gove and BoJo are just posh boy dinosaurs who are ideologically driven and have no idea about the challenges faced by ordinary folk. New political party anybody?

Brexit spokesman for the Liberal Democrats, Tom Brake, termed Redwood’s column “sheer hypocrisy” from an MP who had promoted leaving the European Union.

“He is advising investors to move their money out of the UK, all the while pushing in parliament for a destructive hard Brexit that would see even more investment desert the country,” Brake said.

“Major investors may be able to move their money abroad, but it is ordinary people who will suffer from the impact of a hard Brexit on jobs and living standards. The fact that even arch-Brexiteers are now losing confidence in Brexit Britain shows why we must give people a chance to think again and, if they choose to, stay in the EU.”