Labour has accused the Tories of making an “unprecedented power grab” by trying to give its MPs control over all legislation and “rigging parliament” to defy the result of the general election.

The move, revealed by HuffPost UK, would see Conservative MPs take extra seats on standing committees where the allocation of MPs would usually reflect the proportion of the parties elected to the House of Commons.

The controversial new motion, tabled by Commons leader Andrea Leadsom, would give power to a minority government for the first time. Prime Minister Theresa May, who is propped up in power by a deal with the Democratic Unionist Party (DUP), has a working majority of just 13.

Under rules introduced in 1995, the governing party must only be guaranteed a majority on committees as long as it has a parliamentary majority.

However, under the new motion, Commons rules will be changed so that “where a committee has an odd number of members, the government shall have a majority.”

The motion continues: “Where a committee has an even number of members, the number of Government and Opposition members shall be equal, but this instruction shall not apply to the nomination of any public bill committee.”

The move would mean May could control her legislative agenda without the aid of the Democratic Unionist Party (DUP).

It has sparked a furious backlash from Labour. Its leader Jeremy Corbyn tweeted it was “an unprecedented attempt to rig parliament and grab power by a Conservative government with no majority and no mandate.”

Valerie Vaz, the shadow leader of the House, told HuffPost UK the move was “an unprecedented power grab by a minority government that lost its moral authority as well as its majority at the General Election.”

She added: “On Monday the government are seeing the power to change the law by ministerial edict, and on Tuesday they will try to sideline opposition in Parliament by rigging the committee system so that they are guaranteed a majority they didn’t secure at the ballot box.

“The British people will not understand how having voted to deny the Conservatives a majority, the Tories can alter the rules of parliament to ensure they have one.

“The very people who told us Brexit was about restoring parliamentary sovereignty are now voting through measures that will sideline parliament and grant ministers unprecedented powers.”

May has rejected allegations she is trying to rig parliament, insisting the move is “common sense.” 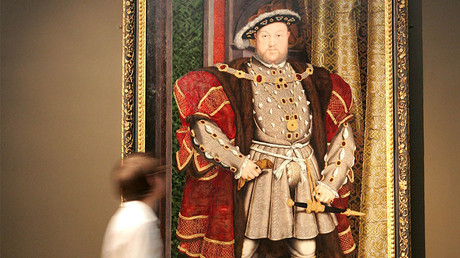 When asked how the controversial plan could be justified – in defiance of advice from Parliamentary officials – the Prime Minister’s spokesperson said: “We believe these are common sense proposals.”

Speaking to the Independent, the spokesperson declined to say whether the DUP had guaranteed its support, or whether its support fell under the “confidence and supply” agreement signed in June.

“The government has a majority on the floor of the House, therefore it’s perfectly legitimate that it puts to the House, and therefore MPs, that it should also have a majority in committees.”

Without power over committees, the full Commons would be tied up in many hours passing detailed, technical legislation, creating a logjam, she claimed.

“The effect of this would be unacceptable delays, when the public has an expectation for the government to deliver business through the House in a timely fashion.”

The Commons will vote on the controversial motion on Tuesday.

May is also under fire for plans to use the EU Withdrawal Bill to give ministers sweeping ‘Henry VIII’ powers beyond the scrutiny of MPs and peers.