PM Theresa May’s plan to host a post-Brexit ‘Britain’ festival has been gaining traction online since it was announced Saturday. Unfortunately for the Tories, most of the reaction has been that of savage mockery. 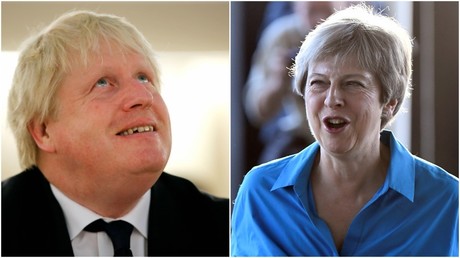 Unveiling the plan ahead of the Conservative’s annual party conference in Birmingham, May said the Festival of Great Britain and Northern Ireland would work towards strengthening “our precious union,” with a nationwide program of events to take place in 2022, once the full effects of the UK crashing out of the EU begin to be felt.

The festival will echo that of the Victorian era, the Great Exhibition of 1851, and will take place 70 years after the 1951 Festival of Britain which was organized by the post-war Labour government.

“Just as millions of Britons celebrated their nation’s great achievements in 1951, we want to showcase what makes our country great today,” May said upon the announcement.

Costing the taxpayer £120 million (US$156 million), it will have an Olympic Games-style “delivery body” and it is hoped it will bring billions of pounds worth of investment into the country.

However, not all have reacted with enthusiasm for the plan, with Labour MP David Lammy calling the idea “historically illiterate.”

“The Labour government’s 1951 Festival of Britain marked a new era of growth and international cooperation. The opposite of where this Tory government is taking us,” Remainer Lammy said on Twitter.

The Labour government’s 1951 Festival of Britain marked a new era of growth and international cooperation. The opposite of where this Tory government is taking us.https://t.co/ixstZFCbjy

Others were more lighthearted with their mockery, posting memes, movie stills, and gifs of what a Tory-run festival post-Brexit would look like.

Not all were on board with the mockery, however, with one account targeting the real enemy: “sneering, entitled millennials” with no respect for their “heritage.”

This #festivalofbrexitbritain hashtag is full of sneering, entitled millennials. You are lucky to be British. You are fortunate that you live in the best country in the world. You are comfortable, safe, warm and affluent. Have some respect for your heritage.