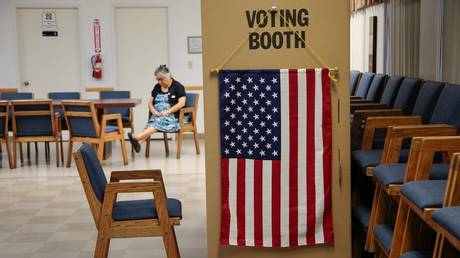 No US election systems were compromised, but Russia and other countries did run influence and messaging campaigns on social media during the 2018 midterms, Director of National Intelligence Dan Coats reported to the White House.

Russia “and other foreign countries, including China and Iran,” conducted “influence activities and messaging campaigns” on social media in order to “promote their strategic interests,” the top US intelligence official wrote in a report made public on Friday evening.

Reports in US media outlets presented Coats’s letter as confirmation of Russian election meddling, while Senator Mark Warner (D-Virginia) – one of the chief advocates of the ‘Russiagate’ conspiracy theory – quickly piped up with calls to regulate social media more.

“Now that the Russian playbook is out in the open, we’re going to see more and more adversaries trying to take advantage” per @MarkWarner “Congress has to step up and enact some much-needed guardrails on social media” pic.twitter.com/mBETeJsmk6

However, the report from Coats specifically said the intelligence community “does not have intelligence that indicates any compromise of our nation’s election infrastructure that would have prevented voting, changed vote counts, or disrupted the ability to tally votes.”

The intelligence community did not assess any impact these activities may have had on the 2018 midterms, in which Democrats gained a majority in the House of Representatives while Republicans fortified their control of the Senate.

New: The intelligence community has no evidence that foreign hackers disrupted election infrastructure during the midterms, DNI Dan Coats says.

He just submitted a report on election interference to the White House pursuant to Trump’s recent EO. pic.twitter.com/r2iHzQb9Ye

Coats’s letter was sent as part of ODNI’s duties under executive order 13848, signed by President Donald Trump in September, which mandates an intelligence report on possible foreign interference in US elections.

Trump declared such interference constituted a national emergency, and said there would be sanctions imposed against individuals and governments found to have meddled in the midterms. Coats’s letter contained no recommendation of such sanctions.

After his surprise victory over Hillary Clinton in 2016, Trump faced accusations from the Democrats that he “colluded” with Russia to win the presidency. More than two years’ worth of FBI and special counsel investigations have yet to offer any evidence of actual Russian interference or collusion with any members of the Trump campaign.

It has emerged, however, that the claim of Trump’s ties to Russia came from a “dossier” compiled by a British spy and paid for by Clinton’s campaign.