The US troops won’t leave Kabul and will train Afghan forces fighting a stalemate against the Taliban, a top US general, Marine Lt. Gen. Kenneth McKenzie, has said. However, he stopped short of pledging more US troops. 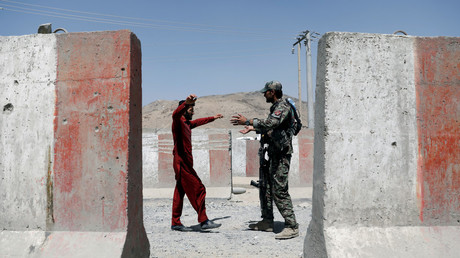 McKenzie, who is set to become the next head of US Central Command, was grilled by lawmakers of the Senate Armed Service Committee on Tuesday, when he was forced to admit that there is no feasible deadline for the US troops to end the 17-year campaign.

“I do know that today it would be very difficult for (the Afghan security forces) to survive without our and our coalition partners’ assistance,” McKenzie said, noting that if the US forces are to leave “precipitously right now,” the Afghan government might crumble under the pressure by the resurgent Taliban.

“I do not believe they would be able to successfully defend their country,” he said. The general, however, said that there were no plans to reinforce the 14,000 US troops currently stationed in Afghanistan.

The death toll for the Afghan soldiers has skyrocketed since 2015, when the Afghan security forces took over from the US-led NATO mission.

According to estimates by Afghan President Ashraf Ghani, 28,529 have died fighting the Taliban in the past three years. A report by the US Inspector General for Afghanistan found that the number of deaths for the past six months, from May to October, has set a new record high.

McKenzie said that in light of a steep rise in casualties, the US must step up its efforts to help Afghan forces to recruit and train much-needed reinforcements, describing the current rate of losses as unsustainable. 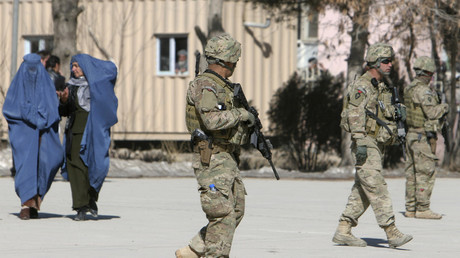 “They’re fighting hard, but their losses are not going to be sustainable unless we correct this problem.”

At least one lawmaker seemed to find McKenzie’s call for more training questionable, reminding the general that Afghan forces have enjoyed nearly two decades of US support.

“We’ve been at it for 17 years; 17 years is a long time. What are we doing differently when it comes to the Afghan security forces that we haven’t done for 17 years?” Sen. Ben Peters (D-Michigan) inquired.

Speaking about the situation on the ground, McKenzie repeated an earlier assessment made by US commanders, saying that Afghan and Taliban forces continued to be locked in a stalemate.

The Afghan government said on Wednesday that it was ready to negotiate with the Taliban without any preconditions, and would even consider drafting a new constitution.
The Taliban has insisted that peace could only be achieved if US and NATO troops withdraw, calling the government in Kabul “powerless” and “foreign imposed.”

The US-led invasion to remove the Taliban from power in the wake of the 9/11 terrorist attacks has turned into a protracted war on terror that has claimed the lives of more than 2,200 Americans and cost US taxpayers a mesmerizing $840 billion.

According to official estimates of the US government, the Taliban has expanded its domain and now controls or has a meaningful presence in 44 percent of the territory. However, some analysts believe that these figures sugarcoat the grim picture on the ground. According to some estimates, the insurgents are in control of 61 percent of the country.


A recent report by the Center for Strategic and International Studies found that the US-led war on terror has had a reverse effect in terms of the number of jihadists that are now operating around the world.

The report prepared by the Washington DC think tank found that the number of Sunni Islamist militants has since quadrupled, from 60,000 to as many as 230,000 terrorists worldwide, since September 11, 2001.