The notoriously unpopular Michael Gove is being touted as the man to step into Theresa May’s kitten heels in Downing Street.

Tory donor Crispin Odey, a hedge-fund manager who backed the Leave campaign, told The Observer that there was a frustration among Tory Brexiteers at how the government was conducting itself in EU-negotiations, urging it to be bolder in its dealings with Brussels. 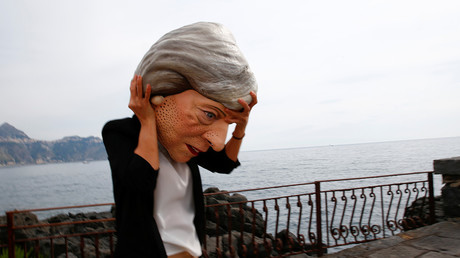 He told the Sunday paper that May was unable to “carry Brexit through” and that the government should be learning from the new Italian populist coalition government in its approach to the bloc. He recommended that the UK should start breaching EU rules by pursuing policies such as signing trade deals.

The Independent meanwhile quoted Odey, whose most recent donation to the Conservatives was a £50,000 gift prior to the last general election, as saying May lacked the leadership to steer the UK through the process. “As someone said about May, she should have joined the civil service, rather than becoming a politician,” he said.

“She is perfect for that, but she can’t make a decision. So there is no leadership.”

In turn Odey, who has also given cash to UKIP in the past, endorsed Environment Secretary Michael Gove as the “only minister who is still being a minister,” saying he had lots of “attributes that make him a non-traditional Tory.”

“He is very aware that he has to appeal not just to the wealthy, but also more broadly.”

But how appealing is Michael Gove?

Last week, RT reported that senior Tory leaders were planning to install Gove, who was a keen Brexit supporter during the campaign, as a caretaker prime minister to see Brexit through.

Due to his perceived unelectability, however, he could then be replaced by the popular Tory leader in Scotland, Ruth Davidson, ahead of the next general election in 2022.

In a sign that his ambition may not match his character, Gove was beaten into third place in the last Tory leadership election, in 2016. Gove’s thrashing followed his much publicized betrayal of his Brexiteer buddy Boris Johnson. 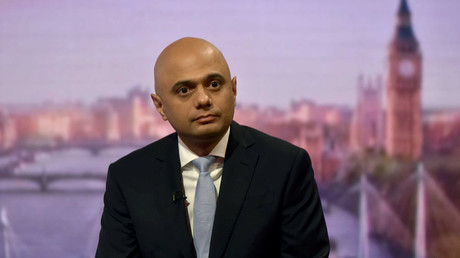 It’s not just Tory members who are cold on the thought of Prime Minister Gove, the public seemed just as unenthused. A YouGov poll taken in 2017, one year after the referendum, showed that the popularity of politicians who had publicly backed Brexit had plummeted.

Gove was the hardest hit by public distaste, with 65 percent of respondents responding that they either disliked or really disliked him, compared to 40 percent for Boris Johnson and 49 per cent for UKIP’s Nigel Farage.

A year later, an Ipsos MORI poll found that 50 percent of the British public thought Gove was doing badly on Brexit, and only 26 per cent saying he was doing well — a net score of -24.

The same poll also found public dissatisfaction with Theresa May was on par with Gove, but 43 per cent thought she was doing a good job on Brexit, giving her a net score of only -7.

While Gove comfortably kept his seat in Surrey-Heath during last year’s snap election, a Conservative rise in support was bolstered by the lack of UKIP candidate, which in 2015 came in second with 14.3 percent of the vote.

One positive that can be gleaned from a potential PM Gove is that the UK would at least be saved from a smooth talking political demagogue. To quote the man from his 2016 leadership speech: “Whatever charisma is, I don’t have it.”