Power lobbyist Tony Podesta has announced he is stepping down from his post at the firm he founded, as the Podesta Group is being investigated for ties to Paul Manafort, the newly indicted former campaign manager of President Donald Trump.

Washington, DC-based Podesta made the announcement Monday morning during a full company meeting; after being named in the alleged Russian election meddling probe lead by special counsel Robert Mueller. 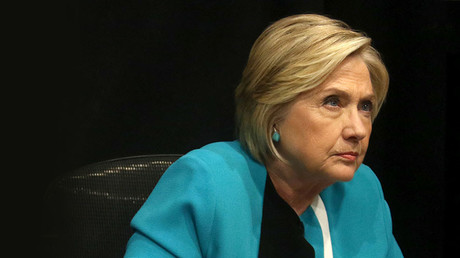 The lobbyist, who is the brother John Podesta, chairman of the 2016 Hillary Clinton presidential campaign, also alerted clients of his impending departure.

Podesta will hand over full operational and financial control of the Podesta Group to CEO Kimberly Fritts. This transition has been underway for several months now, according to multiple unnamed sources with knowledge of the Monday meeting, Politico reported.

“[Tony] was very magnanimous,” and said, “This is an amazing group of people,” a source present at the meeting stated, according to Politico.

Podesta also told staff that he “doesn’t intend to go quietly, or learn how to play golf,” and he “needs to fight this as an individual, but doesn’t want the firm to fight it.”

Fritts addressed the meeting as well, and said she’s “thrilled at this opportunity.”

“This is not about me, this is about y’all,” she said.

Several other senior staffers spoke about the future of the firm and their excitement about the changes. The meeting ended with a resounding ovation for Podesta.

His decision to leave came on the same day former Trump campaign aides, Paul Manafort and Rick Gates, were indicted in relation to Mueller’s investigation. Multiple charges were leveled against the two, including operating as federal agents of the Ukrainian government, money laundering, failing to disclose overseas bank accounts, and making false statements to federal authorities.

Mercury LLC, another Washington, DC-based lobbying firm that allegedly works with the Podesta Group, said Monday that it is cooperating with Mueller’s team. No formal charges have been brought against anyone in either organization yet, Reuters reported.

The investigation into Podesta and his firm initially started when Manafort’s finances were examined by Mueller’s unit. The Podesta Group was one of several firms that were paid to do work on a PR campaign organized by Manafort on behalf of a nonprofit called the European Centre for a Modern Ukraine.

In April, the Podesta Group filed paperwork with the Justice Department stating it had done work for the European Centre for a Modern Ukraine, which also benefited the same political party in Ukraine that Manafort had at one point advised. The firm said at the time that it believed its client was a European think tank with no connections to a political party.